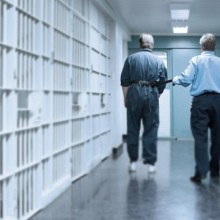 According to an audit report that was released on Wednesday by New Jersey Comptroller Matt Boxer, prison inmates have been collecting unemployment benefits along with healthcare and retirement benefits to the tune of $23 million from June 2009 to April 2011.

In addition the payments include Medicaid coverage, food stamps, Work First cash assistance and state pension checks, which the inmates were entitled to receive.

“These are vitally important social programs,” Comptroller Matt Boxer said. “Our audit identifies simple but critical steps that will help ensure that tax dollars spent on these programs are reserved for those who actually qualify for benefits.”

The comptroller’s investigation into Medicaid fraud may lead to criminal charges. So far, it found $7 million in improper payments to Medicaid-managed organizations, health clinics, hospitals and pharmacies on behalf of incarcerated people. Some of the money was paid out after Medicaid was billed for services rendered on patients using someone else’s Medicaid card, the report found.

Some $354,000 in pension payments to retired public workers should not have been made, according to the audit. The erroneous payments happened because the Treasury Department, which oversees pensions, does not match its database against county incarceration data, the report showed.

The largest improper payment of $37,000 went to a person incarcerated for sex assault of a minor.

The comptroller also found that 13 jailed state employees continued to be paid by using sick leave pay, in violation of state regulations.

In all, 20,000 incarcerated people were gaming the system by collecting improper payments, the report concluded.

During the course of the audit, the Comptroller also found a series of instances where state employees were incarcerated and used sick leave during their term of incarceration, a violation of state regulations. The office has provided the names of those individuals to each of the responsible state agencies so that they may recover the payroll funds in question.

In total, the audit identified more than 20,000 incarcerated individuals who were beneficiaries of what appear to be improper payments. Boxer’s office said it will follow up to ensure that the misspent funds are recovered and each of the audit’s recommendations to improve oversight measures is implemented.

“Suffice it to say that when thousands of inmates are collecting unemployment checks from behind bars, there is a serious gap in program oversight,” Boxer said. “The good news is that as a result of our audit, changes are being made that will save millions of dollars for taxpayers.”

The Atlanta Journal and Constitution reports on a few things being done,

…state agencies administering the public assistance programs failed to review county and state inmate data before awarding government benefits. Boxer said the departments responsible for administering each of the programs have vowed to recover the misspent money and to cross-check inmate data.

At the Labor Department, which oversees unemployment benefits, cross-checks of county inmate data began in March, Commissioner Hal Wirths said. In addition, the department’s anti-fraud efforts, which include computer software that detects claims filed from outside the United States and stepped up efforts to stop people from collecting jobless benefits after returning to work, have saved $235 million, he said.

Incarcerated people are not entitled to unemployment benefits because they don’t meet the condition of being able and available for work. Inmates don’t need Medicaid because they receive health care while imprisoned. And they forfeit their pension rights upon conviction of a crime involving “moral turpitude,” a legal term for behaviors that go against community standards.

How these departments are going to “recover the misspent money” is anyone’s guess. If the money went to inmates, well, good luck getting it back. As my father use to say, “You can’t draw blood from a turnip.” My guess is that the government will somehow end up double dipping the taxpayer to make their “recovery.”

Apparently government is just not as efficient as we all knew it wasn’t. When things like this come up, which they do all the time, it should be enough so that the taxpayers should be calling for an end to all social welfare programs. It makes one wonder how NJ Governor and RINO Chris Christie will explain this and what, if anything, he will actually say or do about it.