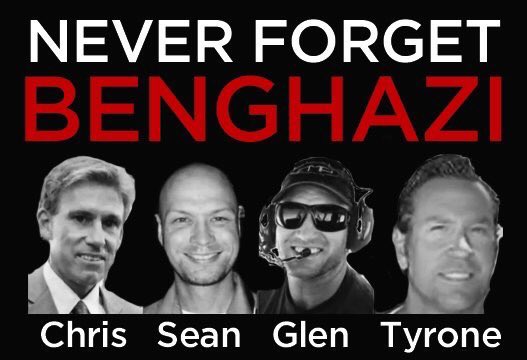 On Tuesday Night Charles Krauthammer dropped another Benghazi bombshell on The O’Reilly Factor. He claims that the President’s phone call to Hillary Clinton was made so that they could develop their “cover story” shortly before she released this statement at approximately 10 PM:

I condemn in the strongest terms the attack on our mission in Benghazi today. As we work to secure our personnel and facilities we have confirmed that one of our State Department officers was killed. We are heartbroken by this terrible loss. Our thoughts and prayers are with his family and those who have suffered in this attack.

In light of the events of today, the United States government is working with partner countries around the world to protect our personnel, our missions, and American citizens worldwide.

The first confirmed death would have been Sean Smith whose body was found some six hours before this statement was issued. It is Charles Krauthammer’s contention that at least two of the victims were still alive when Clinton’s statement was released and also during the President’s call to Clinton.

I think there is a bigger story here that will in time come out. The biggest scandal of all, the biggest question is what was the president doing in those eight hours. He had a routine meeting at five o’clock. He never after during the eight hours when our guys have their lives in danger, he never called the Secretary of Defense, he never calls the Chairman of the Joint Chiefs, he never called the CIA Director, Who does he call? But five hours in he calls the Secretary of State. And after the phone call she releases a statement essentially about the video and how we denounce any intolerance. It looks as if the only phone call is to construct a cover story at a time when the last two Americans who died were still alive and fighting for their lives. There’s the scandal and that has to be uncovered.

It should also be noted that roughly four hours before Clinton issued her statement there was an email sent to the White House. Factcheck.org reports:

6:07 p.m.: The State Department’s Operations Center sends an email to the White House, Pentagon, FBI and other government agencies that said Ansar al-Sharia has claimed credit for the attack on its Facebook and Twitter accounts. (The existence of the email was not disclosed until Reuters reported it on Oct. 24.)

Krauthammer’s reasoning is solid. Government officials were already aware at this point that Al Qaeda linked terrorists were claiming credit for the attack. Obama and Clinton likely had to get their story straight before Clinton released her statement.

Krauthammer is not the only one questioning this phone call. AIM’s Andrew McCarthy reported on May 22nd:

“What would you be focusing on in the Benghazi investigation?” I spent many years in the investigation biz, so it’s only natural that I’ve been asked that question a lot lately.

I had the good fortune to be trained in Rudy Giuliani’s U.S. attorney’s office in Manhattan. Rudy famously made his mark by making law enforcement reflect what common sense knew: Enterprises take their cues from the top. Criminal enterprises are no different: The capos do not carry out the policy of the button-men – it’s the other way around.

So if I were investigating Benghazi, I’d be homing in on that 10 p.m. phone call. That’s the one between President Obama and Secretary of State Hillary Clinton – the one that’s gotten close to zero attention.

Benghazi is not a scandal because of Ambassador Susan Rice, State Department spokesperson Victoria Nuland, and “talking points.” The scandal is about Rice and Nuland’s principals, and about what the talking points were intended to accomplish. Benghazi is about derelictions of duty by President Obama and Secretary of State Clinton before and during the massacre of our ambassador and three other American officials, as well as Obama and Clinton’s fraud on the public afterward.

In another stunning turn of events, WND’s Aaron Klein broke a huge story on Wednesday that uncovered a non-reported Library of Congress document from August 2012:

A Library of Congress report that received almost no media attention detailed – one month before the deadly Sept. 11 attack in Benghazi – how al-Qaida established a major base of operations in Libya in the aftermath of the U.S.-NATO campaign that deposed Muammar Gadhafi and his secular regime.

The report documented al-Qaida and affiliated organizations were establishing terrorist training camps and pushing Taliban-style Islamic law in Libya while the new, Western-backed Libyan government incorporated jihadists into its militias.

The document named Benghazi as a new central headquarters for al-Qaida activities.

Amazing. The Library of Congress reports that Benghazi, Libya is the new central hub for Al Qaeda activities in the region and Clinton and Obama insisted on trying to spin this incident. The report is 54 pages but if you would like to see it, you can find it here.

The question remains the same.

What did Obama know and when did he know it?

As more and more people are forced to perjure themselves in order to cover for the president, we get closer and closer to the truth. 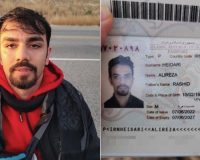