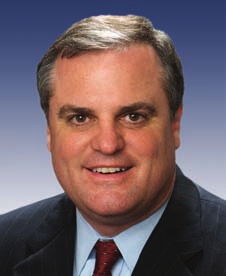 I suppose  some might call the United States Senator from Arkansas a DINO (Democrat in Name Only). Maybe DINO is fitting since Mark Pryor’s tenacity to stand against the political machine as a free thinker is a quality that has long gone the way of the dinosaurs.

Michael Bloomberg and his cronies have been running an attack ad against Pryor on the basis of his background check vote and Senator Pryor is not about to sit idly and watch it happen.

Mark Pryor refused to be intimidated or misrepressnfed by Bloomberg and quickly released his rebuttal on Thursday.

No one in New York City or Washington D.C. tells Mark Pryor what to do? He listens to Arkansas? This is not the way politics is supposed to work, is it? I am obviously being a little sarcastic but it’s not often that you see a high profile politician fire shots at his own party. Not many people have the guts to stand on principle.

Mark Pryor released this statement on May 24th to fire back at Bloomberg:

New York City Mayor Mike Bloomberg didn’t know Bill Gwatney. I knew Bill Gwatney. He was my friend and he was killed by someone with severe mental health issues. The Mayor’s bill would have done nothing to prevent his death because it fails to adequately address the real issue and common thread in all of these shootings—mental health. That’s why I voted for separate legislation that strengthens funding for mental health programs; requires states, courts, and agencies to report mental health records to the background check system; increases penalties for straw purchases; reauthorizes and funds the COPS program to improve safety in schools; holds the Department of Justice accountable by forcing them to prosecute cases where individuals tried to purchase firearms illegally; and conducts a study on violence in the media. This legislation would have done all of this while protecting people’s 2nd amendment rights.

Mayor Bloomberg’s attack ad politicizes the death of my friend by misleading people into thinking that his bill would have prevented Bill Gwatney’s tragic death. The fact is it wouldn’t have, which makes Mayor Bloomberg’s ad even more disgusting.

Cynics might say that Pryor is trying to save his ASS-ets for 2014. It is well-known that he holds one of the most vulnerable Democratic seats that Republicans are looking to swing.

Honestly, if the guy votes against further infringement on the 2nd Amendment then I don’t care if it is from the goodness of his heart or from the fear of his constituents. I am going to give him the benefit of the doubt and say that Mark Pryor gets it.

Thank You Senator Mark Pryor for standing up for the 2nd Amendment.