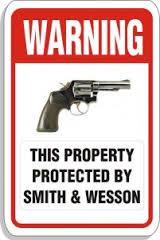 You can’t just go out and shoot criminals who try to rob your home, at least not in California. Remember the new liberal truth in America. The 2nd Amendment is for hunting deer in the minds of too many Americans and that includes a lot of Police Officers, Attorneys and Politicians. I think if I were James Monroe I’d claim that I thought the burglars were deer and take my chances. Hey, this is the same state that let O.J. go free. It might work. Another absurd story of a Police Department who just doesn’t get it from Alta Vista, California.

A man could face criminal charges for shooting at a group of burglars who tried to steal from his home.

James Monroe, 57, sent his wife to call police while he armed himself with a gun and went outside.

He jumped out of the path of their getaway car and fired two shots through the back window.

One of the shots hit the front passenger in the head, though he is expected to live. The two other suspects were arrested.

The district attorney will determine if Monroe should face charges for the shooting.

“As with any level of force, especially deadly force, your level of actions are going to be critiqued, “San Diego Police Department Lt. Kevin Mayer said. “We`re doing a very thorough investigation, as with any force. Taking action such as this is not always the best solution. When you see something occurring make sure you call us first.”

People have the right to protect themselves and their property. For those who think that America is not becoming a “police state” you had better think again. These stories are happening on an almost daily basis. It is unclear whether charges will be filed against Monroe but, to listen to the words of Lt. Kevin Mayer, it sounds like it is a very good possibility.

According to Mayer we are supposed to call the police first. For anyone who thinks that is a wise policy, you might review the article recently written by our good friend Dr. Eowyn: Police Response to Concerned Citizens… “You’re On Your Own.”

Whenever I write one of these articles I sometimes have to check myself because I don’t want to send the wrong message. For the most part our police forces and officers tend to use sound judgement but there are problems that must be reported. From the stories I see, most of the problems tend to be with large metropolitan forces and are confined to certain areas of the country. If this happened where I live I’d likely make the front page of the Monett Times and be declared a hero.

I feel for the people of California. This is the same state that is confiscating guns without warrants as we reported a few weeks ago.

People have the right to protect themselves and their private property. We are protected by the 2nd Amendment even in California. End of story.