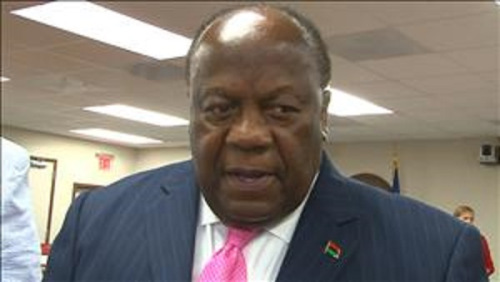 ile this under “Politicians Behaving Badly.”

Tony Santaella reports for WLTX, Columbia, SC, May 31, 2013, that South Carolina’s Democrat state senator Robert Ford has resigned from office, even as an ethics case against him proceeds at the State House.

The news came on day two of an ethics hearing against Ford. The hearing is to decide if the Democrat legislator had violated ethics laws by (1) using campaign money for personal expenses; and (2) failing to report expenses, donations, and personal loans.

Ford says the items were gag gifts for campaign staffers.

Ford did not attend day two of the hearing because he had spent the night in Palmetto Baptist Hospital for cardiovascular problems and high blood pressure. He was released the next day.

If senators determine Ford violated the law, the findings could be sent to prosecutors.

64-year-old Robert Ford is a career politician of nearly 40 years. He had served in the South Carolina Senate since 1993, representing District 42, which is located in Charleston. From 1974 to 1992, he served as a member of the Charleston City Council. Wikipedia says he’s “a lifelong bachelor.”