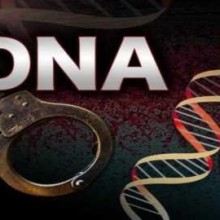 Yesterday the Supreme Court of the United States ruled 5-4, in the case of Maryland v. King, that police can legally take DNA samples from people who are arrested, but have not been convicted of a crime. Additionally, they may do so without a warrant.

The Court held that “When officers make an arrest supported by probable cause to hold a suspect for a serious offense and bring him to the station to be detained in custody, taking and analyzing a cheek swab of the arrestee’s DNA is, like fingerprinting and photographing, a legitimate police booking procedure that is reasonable under the Fourth Amendment.”

Justice Anthony Kennedy wrote in the court’s majority opinion, “”Taking and analyzing a cheek swab of the arrestee DNA is, like fingerprinting and photographing, a legitimate police booking procedure that is reasonable under the Fourth Amendment.”

One wonders why there is an allowance of fingerprinting and photographing of those not convicted of a crime.

Justice Antonin Scalia, who was one of the four dissenting voices read aloud exactly what would take place.

“Make no mistake about it: because of today’s decision, your DNA can be taken and entered into a national database if you are ever arrested, rightly or wrongly, and for whatever reason,” he read aloud in the courtroom.

He was joined by the three more liberal justices Ginsburg, Sotomayor and Kagan.

The court’s decision reverses a Maryland court’s ruling that stemmed from a case involving Alonzo King. After his 2009 arrest on first- and second-degree assault charges, respondent King was processed through a Wicomico County, Maryland, facility, where booking personnel used a cheek swab to take a DNA sample pursuant to the Maryland DNA Collection Act (Act). The swab was matched to an unsolved 2003 rape, and King was charged with that crime. He moved to suppress the DNA match, arguing that the Act violated the Fourth Amendment, but the Circuit Court Judge found the law constitutional. King was convicted of rape. The Maryland Court of Appeals set aside the conviction, finding unconstitutional the portions of the Act authorizing DNA collection from felony arrestees.

Currently there have been 28 states and the federal government taking DNA swabs after arrests. This means that without a warrant, simply based on the fact that you are arrested, whether guilty or not, police and the federal government believe they have the right to not only take your picture (something they don’t even like having done to them), fingerprint you and swab you for your DNA. Apparently those who side with Justice Kennedy and his co-conspirators in this case don’t quite understand the Fourth Amendment.

However, Senator Ted Cruz of Texas does. Cruz called the ruling “unfortunate,” and saying that it “expands government power, invades our liberty, and undermines our constitutional rights.”

Cruz also pointed out that all 50 States already take DNA from convicted felons. “So this intrusion of liberty will matter only for those not convicted: the innocent and wrongly accused or those for whom there is insufficient evidence to convict.”

The Texas Senator agreed with the assessment of Justice Scalia above, saying that we should all be alarmed at his “significant step towards government as Big Brother.”

I only pause to remind everyone that we are no longer “taking steps towards Big Brother.” We are here and have been for quite a while.

“Accumulating DNA from arrestees—without warrant or probable cause to seize the DNA—is not designed to solve the crime for which the person has (rightly or wrongly) been arrested,” continued Cruz. “Rather, it’s to test the DNA against a national database to potentially implicate them in other unsolved crimes. But the Constitution requires particularized suspicion of a specific crime; indeed, the Fourth Amendment was adopted to prohibit the British practice of “general warrants” targeting individuals absent specific evidence of wrongdoing.”

Cruz also mused that if the purpose of a DNA database is to solve more crimes, perhaps we should require it to get on airplanes or get a driver’s license or even attend a public school. Stop! Ted, don’t give them any ideas!

However, he rightly stood up for the law of the land and declared, “If the government has good cause for needing the DNA sample—such as trying to match DNA at a crime scene to a particular person where there is other corroborating evidence—then the government can ask a judge for a search warrant. That’s what our Framers intended—judicial checks on extensive government power to invade our personal lives.”

He then concluded by pointing to recent scandals in the federal government and exposed what the real threat is. “Law enforcement is a paramount function of government. But we cannot allow that government function to run roughshod over the Bill of Rights. And, as recent events involving the IRS have demonstrated, unchecked government power—and intrusive personal databases maintained on the citizenry—poses real risks to our liberty.”