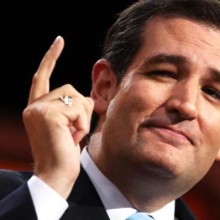 For those of you who missed it, the Supreme Court ruled in a 5-4 vote yesterday that police can take DNA samples from those who are arrested but not yet convicted, and do so without a warrant. Here is an excerpt from the Supreme Court blog regarding the Maryland v. King decision on Monday.

Holding: When officers make an arrest supported by probable cause to hold a suspect for a serious offense and bring him to the station to be detained in custody, taking and analyzing a cheek swab of the arrestee’s DNA is, like fingerprinting and photographing, a legitimate police booking procedure that is reasonable under the Fourth Amendment.

Judgment: Reversed, 5-4, in an opinion by Justice Kennedy on June 3, 2013. Justice Scalia filed a dissenting opinion in which Justice Ginsburg, Sotomayor, and Kagan joined.

Ted Cruz quickly issued a statement to point out a number of serious concerns with this ruling:

Today’s unfortunate U.S. Supreme Court ruling in Maryland v. King, by a vote of 5-4, expands government power, invades our liberty, and undermines our constitutional rights. The Court held that the police can forcibly take DNA samples from people who have been arrested—but have not been tried or convicted—of a serious offense. So now the government can capture, without a search warrant, the most personal information about an individual, and use it to search vast databases for unrelated offenses.

All 50 States already collect DNA from convicted felons. So this intrusion of liberty will matter only for those not convicted: the innocent and wrongly accused or those for whom there is insufficient evidence to convict.

As Justice Scalia rightly noted in dissent, “As an entirely predictable consequence of today’s decision, your DNA can be taken and entered into a national DNA database if you are ever arrested, rightly or wrongly, and for whatever reason.”

All of us should be alarmed by this significant step towards government as Big Brother. The excessive concentration of power in government is always inimical to liberty, and a national database of our DNA cannot be reconciled with the Fourth Amendment.

Accumulating DNA from arrestees—without warrant or probable cause to seize the DNA—is not designed to solve the crime for which the person has (rightly or wrongly) been arrested. Rather, it’s to test the DNA against a national database to potentially implicate them in other unsolved crimes. But the Constitution requires particularized suspicion of a specific crime; indeed, the Fourth Amendment was adopted to prohibit the British practice of “general warrants” targeting individuals absent specific evidence of wrongdoing.

Justice Scalia’s scathing dissent is right: If we really want a DNA database to solve more crimes, then why not require DNA samples to fly on airplanes, get driver’s licenses, or attend public schools?

If the government has good cause for needing the DNA sample—such as trying to match DNA at a crime scene to a particular person where there is other corroborating evidence—then the government can ask a judge for a search warrant. That’s what our Framers intended—judicial checks on extensive government power to invade our personal lives.

Law enforcement is a paramount function of government. But we cannot allow that government function to run roughshod over the Bill of Rights. And, as recent events involving the IRS have demonstrated, unchecked government power—and intrusive personal databases maintained on the citizenry—poses real risks to our liberty.

Is it any wonder that America is falling in love with Ted Cruz? You find some legislators who seem to be fighting the good fight some of the time and then there are those like Cruz who are relentless.

Please note that Senator Cruz is not insisting that police should not have the right to collect DNA from a suspect. He simply feels that it would be reasonable to obtain a warrant for such matters. I would challenge you to find anyone who could successfully argue that contention outside of a court of law. It’s common sense.

But common sense does not always win in our courtrooms.

So there you have it. Our Supreme Court just made another ruling that is in direct conflict with our own constitution. One more hit against due process in this country and one more piece of evidence that we are living in a police state…