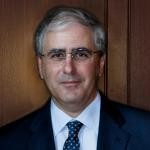 Social Security’s disability program will exhaust its financial reserves in 2016, while President Obama is still in the White House, the program’s trustees reported.

Obama immediately headed for the White House Rose Garden, the bully pulpit of choice on sunny days, where he mounted a campaign-style event – to talk about interest rates on student loans.

The irony was lost on the president’s in-house image makers, as well as on the young people whom they placed alongside Obama as props and set decorations. The president wants to make it easier for young people to start their lives deeply in debt, after which they will spend the rest of their careers digging Social Security out of the financial hole that Obama and his contemporaries refuse to address.

Social Security is a big issue, and its biggest consequences will play out over many years. Federally subsidized student loans are a small issue that should be easily addressed. As far as anyone knows, Obama has nothing to say about the big issue, which is probably why he chose to focus on the small one. That, and the fact that the president is eager to talk about just about anything these days that won’t generate the words “scandal” and “administration” in the same sentence.

The president excoriated House Republicans for voting to tie federally subsidized student loan rates to government borrowing costs, an idea derived from one of Obama’s own budget proposals. But the president wants student loans to come with fixed interest rates, and the House would apply variable rates. On this most pressing issue of the day, the president weighed in with all the grandeur of his high office.

“Higher education cannot be a luxury for a privileged few,” intoned the president (1), who appears to believe that intractable debt should be freely available to everyone.

Far from the Rose Garden cameras, the Social Security trustees, headed by Treasury Secretary Jack Lew, issued their annual report, which is a marvel of honest and impartial discussion considering that government finance is generally synonymous with obfuscation and spin.

The reserves that are earmarked for disability benefits will be exhausted in 2016, the trustees reminded everyone. This was not new information; the same date was cited last year. The two differences are that the deadline is now one year closer, and the November election determined that it would be President Obama, not President Romney, who must shepherd any solution into law. “Lawmakers need to act soon to avoid reduced DI [disability income] payments to beneficiaries three years from now,” the trustees said in their report summary. (2)

Obama could have given those students in the Rose Garden a lesson in the economics of entitlement spending. Just five years ago, the trustees expected Social Security disability reserves to last until 2025. But the program was then paying benefits to 9 million beneficiaries; last year it paid nearly 11 million Americans, most of whom will never hold, or at least will never admit to holding, a full-time job again. This sudden epidemic of disability, coupled with and very much related to the recent recession, means those young people in the Rose Garden must borrow to attend college so they can work to pay taxes that will support all those disability recipients, not to mention everyone else Social Security serves.

This is good place to remind ourselves that the terms “reserves” and “trust funds” typically applied to Social Security are misleading. All Social Security programs – the disability plan, retirement and survivors’ pensions, and Medicare – are essentially pay-as-you-go systems, because the federal government has borrowed all the cash that was collected in advance. Social Security accounted for 38 percent of the entire federal government’s spending last year. Every single dollar of it came from a combination of current taxes and new borrowing – much of it from the Federal Reserve, and most of the rest from abroad – to redeem debt already owed to the programs.

A stopgap legislative fix for Social Security disability should be pretty simple. The disability program is financed by the same payroll taxes that support retiree pensions and survivor benefits. This is known as Old Age, Survivor and Disability Income, or OASDI. Lawmakers will probably authorize a transfer of resources from the OAS portion of Social Security’s books to the DI portion in order to avoid having to reduce disability benefits in a few years. We’ll probably have to wait until the last minute to get even this simple legislative step, however. It will be even more arduous to obtain a fix that would actually bring disability spending back under control, a step Obama has not indicated he has any interest in taking.

In the longer term, both Medicare and Social Security retirement benefits face big financial problems as a result of the aging population. The program’s trustees documented those problems in clear, honest language, as they do every year. Many of last week’s headlines focused on the relatively trivial point that Medicare’s reserves are projected to last until 2026, two years longer than illustrated in last year’s report, with part of the increase attributed to anticipated cost savings as a result of the controversial health care reform. As the disability program showed, conditions can deteriorate quickly when reality turns out to be worse than the assumptions built into actuarial models.

But Medicare, at least, offers a wealth of possible short- and long-term policy responses. The government can alter everything from Medicare’s eligibility age to the amount it pays doctors and hospitals to the scope of services and drugs it covers. No such changes would be politically easy, but medical care is, ultimately, a government expenditure like any other; the government has considerable room to adjust how much it is going to spend at any given time.

Pension promises are different. People expect to receive certain benefits that the law says they are entitled to receive. Though these benefits are not guaranteed, it is neither fair nor especially practical to abruptly change the income that private citizens have good reason to believe the government is going to provide. Changes should be made gradually and with plenty of advance notice to allow households to adjust their expectations. Yet every year that passes brings us another year closer to an abrupt, wrenching change for retirees that can only be avoided by further burdening their children and grandchildren – like those young people in the Rose Garden.

And what about retirement funding for those young people? After a lifetime of repaying their student loans and funding their parents’ pensions and medical care, how are they going to provide for themselves?

Every year, the trustees urge presidents and legislators to address these long-term problems. Every year since 2005, when President George W. Bush gave it his best shot, they have been ignored.

After all, why waste a sunny day in the Rose Garden talking about big, intractable problems, when you can use some nice-looking young people to get on the news by talking about a small one?