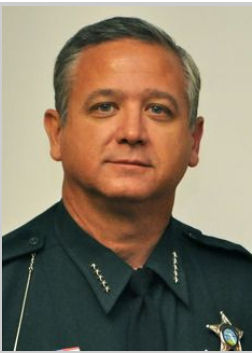 Republican Governor Rick Scott of Florida has just taken a nasty stand against the 2nd Amendment.  On Tuesday Liberty County Sheriff Nick Finch was suspended from office and arrested. The crime? He chose to overlook a perceived concealed carry violation and drop charges against a man in his custody.

Tallahassee – Inspectors with the Florida Department of Law Enforcement Office of Executive Investigations obtained a warrant for the arrest of Nicholas Lee Finch, 50, of Bristol, Fla., earlier today on one count of official misconduct, a violation of section 838.022, Florida Statutes.

Finch was arrested just after 5 p.m. today and was booked into the Liberty County Jail. He was released on his own recognizance. Finch was elected Liberty County Sheriff in 2012.

Tallahassee.com reports the nature of the charges of alleged misconduct:

According to court records, Finch’s arrest stems from the March 8 arrest of another man, Floyd Eugene Parrish, on a charge of carrying a concealed deadly weapon.

Sgt. James Joseph Hoagland of the Liberty County Sheriff’s Office arrested Parrish after stopping his car and finding a loaded semi-automatic pistol hidden in his pocket. Parrish was taken to jail and placed into a holding cell while jail workers began documenting his arrest and processing him, according to court records.

One jail worker told investigators that after Hoagland left the jail, Finch arrived with one of Parrish’s family members and spoke with Floyd Parrish inside the holding cell. Finch then went into the jail control room, took possession of the arrest file and said Parrish would be released and no charges would be filed, according to court records.

Hoagland told investigators that several days later, he talked with Finch about Parrish’s release, and Finch told him he “believed in Second Amendment rights.”

Investigators said in court records that Parrish’s name was whited-out from the county jail log. While Hoagland was able to provide a copy of Parrish’s arrest affidavit, the original arrest record has not been found.

Finch has been released on his own recognizance and has declined statement. His attorney, Jimmy Judkins, released the following statement on his behalf:

“The records at the jail show exactly what happened in this case and the records speak the truth. The sheriff looked at the facts and said ‘I believe in the second amendment and we’re not going to charge him.’ That is not misconduct at all. That is within the Sheriff’s prerogative whether to charge someone or not.”

With so many Sheriff’s offices making strong pro-2nd Amendment stands in 2013 this is a situation that was bound to happen. The Sheriff had every right not to charge this man. The 2nd Amendment of the constitution should supercede any Florida law. “Shall Not Be Infringed” still means something to men like Nick Finch.

The whole case will surely become about the documents. If Nick Finch destroyed the documents they will make an example of him for all of us to see. They have been waiting for this opportunity. This case will not be prosecuted to the extent that Nick Finch did not understand the 2nd Amendment. They will try to get him on a technicality.

Pro-2nd Amendment law enforcement officials all over the country need to take note. They are looking for any backdoor they can to try to shut you down. This story should be national news soon. My hope is that Finch did not destroy the documents and this case can be heard on its real merits.

What is your opinion? Did Nick Finch do anything wrong by releasing the man and dropping charges? It should be noted that his misconduct charge is a third degree felony that could be punishable by up to five years in prison, which is ironically the same penalty that the gun owner could have received. My first thought is that he tried to protect a constituent and in the end he may lose his career and freedom for it. He may lose his freedom for trying to protect the freedom of Floyd Parrish.

Is it right for a man to go to prison for five years for standing up for the 2nd Amendment?

It is my belief that Rick Scott is a puppet and he has clearly shown who may be pulling the strings. The irony is that in 2010 Rick Scott was the only candidate for governor to receive an A-rating from the NRA. Scott is up for re-election in 2014 and it makes one wonder. Is he now trying to soften his stance on the 2nd Amendment thinking that it may bring him more votes?

In the small town I live in it was rumored that our local sheriff was actually a gun runner many years ago. Things were handled as is normal in these situations. There was a quiet resignation and no charges were ever filed. So don’t tell me that Rick Scott isn’t trying to fry the good Sheriff for a political reason. Firing him or letting him resign, without an arrest, would have saved the publicity. It may not be right but that is how it’s done in politics. The truth is that Scott wants this publicity and needs it badly.

This just in… This report from publicpolicypolling.com could give us some answers:

Rick Scott’s approval numbers have seen no improvement over the last two months, even after his decision to allow Medicaid expansion in Florida. 33% of voters continue to approve of the job he’s doing to 57% who disapprove. Although his overall numbers are the same he has seen a slight improvement with Democrats (from 21/71 to 23/69) and a slight downgrade with Republicans (from 49/38 to 46/42).

Scott continues to trail Charlie Crist by double digits in a hypothetical match up, 52/40. That’s just a slight improvement for him from January when he was down 53/39. Crist, who still has a 28% favorability rating with Republicans, wins over 29% of the Republican vote and also has a narrow lead with independents at 47/41. Crist still isn’t as popular as he used to be- a 46/43 favorability rating- but that’s good enough against the backdrop of Scott’s unpopularity to give him a pretty substantial early advantage.

Scott does poorly against some other potential Democratic candidates too. He trails Pam Iorio 44/37 and Alex Sink 45/40. He does at least lead Nan Rich 42/36.

So Rick Scott has gone from the highest rated NRA gubernatorial candidate to a man who is desperate to please liberals. There is always a story behind the story.