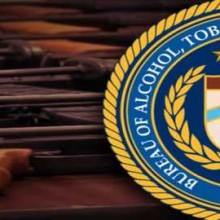 As we’ve covered here at Freedom Outpost before, the Federal government has been given absolutely no constitutional authority to restrict or regulate arms in any capacity. They have tyrannically taken it upon themselves to do so. However, under the Obama administration, they have been going into gun dealers in states that border Mexico and obtaining information on individuals that purchase certain weapons with certain features within a matter of days, which seems to be clear violation of the Fourth Amendment as well as, the Second Amendment. A case developed as a result and a Federal Court gave the Obama administration the thumbs up to continue their trampling of the United States Constitution.

Federal firearms licensed dealers are to report individuals to the Bureau of Alcohol, Tobacco, Firearms and Explosives (BATFE, or more commonly ATF) when they purchase 2 handguns within a period of five business days. Their new policy is an extension of that policy.

This was just the next step of the Obama administration’s move for more gun control. They were the ones deliberately watching guns being taken across the border into Mexico and into the hands of drug cartels. They were the ones responsible for arming them with thousands of weapons which resulted in the deaths of hundreds of Mexicans, including a Mexican beauty queen, and two Federal agents and these cartels are responsible for some of the most horrific and brutal murders in Mexico, including the multiple attacks and subsequent death of Mayor of Ticquicheo Maria Santos Gorrostieta and across our border.

First, the NSSF argued that the law was akin to creating a type of national registry, which is currently illegal, but the court rejected that idea saying, according to the opinion (Click to read PDF),

Next, the NSSF tried to argue that the new requirements are too burdensome for gun dealers to follow. That reasoning was also rejected by the court,

“Searching records for multiple sales of a particular type of firearm to the same customer…is nothing new for FFLs. Since 1975, an FFL who sells ‘two or more pistols or revolvers [to the same person] at one time, or during any five consecutive business days’ has been required to submit a report to ATF similar to the one at issue,” Henderson wrote. “The fact that an FFL chooses to keep his records in alphabetical or numerical order does not mean that the FFL can complain if his choice may not always be the least burdensome. Moreover, there is nothing preventing an FFL from maintaining records in a less burdensome (in this case, chronological) manner.”

While the court acknowledged that “NSSF contends that its alternative targeting proposal was so obvious based on data in ATF’s possession that ATF should have addressed it,” they shot down the arguments from the NSSF.

In their ruling they affirmed the judgment in favor of the ATF writing,

“Unlike the precedent relied on by NSSF, ATF has not rescinded a policy or reversed course without explaining why it did not take a more limited action. See, e.g., State Farm, 463 U.S. at 46-48 (agency’s abandonment of passive restraint requirement arbitrary and capricious because agency gave no consideration to requiring airbag technology rather than rescinding passive restraint technology altogether); Int’l Ladies’ Garment Workers’ Union v. Donovan, 722 F.2d 795, 812 (D.C. Cir. 1983) (“This case is a classic example of an agency attempt to modify a longstanding policy by rescinding regulations embodying that policy.”), cert. denied, 469 U.S. 820 (1984); Office of Commc’ns of United Church of Christ v. FCC, 707 F.2d 1413, 1440 (D.C. Cir. 1983) (FCC improperly eliminated requirement that radio licensees maintain programming logs without considering benefit of retaining modified form of logs); Action on Smoking & Health v. CAB, 699 F.2d 1209, 1216, 1218 (D.C. Cir. 1983) (agency’s decision to eliminate requirement failed to give sufficient consideration to narrower alternatives). Although NSSF has carefully combed through ATF’s data and suggested an alternative targeting mechanism, the fact that ATF could have narrowed the scope of the demand letter does not mean that its failure to do so was arbitrary and capricious, particularly because NSSF has failed to point to any evidence showing that narrowing the geographic scope of the demand letter was a serious issue raised by any commenter.13 ATF’s decision to direct its July 2011 demand letter to FFLs based on their geographic location was therefore not arbitrary and capricious.”

While it may not be arbitrary or capricious from the court’s position, I certainly side with Publius Huldah and believe the ATF is an unconstitutional entity and they are engaging in activity outside the law (Constitution). Finally, just keep in mind that a precedent has been set with this. Now they are just doing it with Border States. What is to keep them from doing it with every other state?