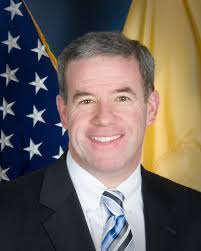 Two days ago I wrote about the absurdity of Chris Christie’s special election. My problem was not that he was having an election, but rather that it will cost the people of New Jersey almost $24 million. The article focused primarily on the fact that Dick Armey hung the label of “debilitating stupidity” on the New Jersey Governor. Armey claimed that Christie should have filled the seat with a Republican and moved on. I was in slight disagreement with Armey and I am feeling very smart right now, due to the odd chance that I was right once in my lifetime, so let me quote myself from Wednesday’s article:

As for Armey’s argument, I do understand it but I think he gives Christie too much credit. Christie is a RINO and would have simply picked a fellow RINO if he did select a “Republican” to fill the spot.

So what did Christie do to fill the interim spot? He picked a RINO (Republican in Name Only) to fill the spot. Chris Christie’s choice for interim U.S. Senator from the State of New Jersey is current Attorney General Jeffrey Chisea. Why do I call Chisea a RINO? It’s not because of the Ivory tusk coming out of his forehead. Cosmetic surgery does wonders. I call Chisea a RINO because he is a Republican gun grabber.

For those of you who still want Christie to choose a Republican you had better think again. To find evidence of how Chisea feels about gun control you have to look no further than this weekend. The Examiner reports:

“As we all recognize, there are just too many firearms circulating out there and too many innocent people dying or being critically wounded,” Chiesa [sic]said on June 4 in a prepared statement. “I urge the residents of Cumberland County to join us in making communities safer by coming out the first weekend in June and selling back their firearms.”

Under the program, people who turn in guns will receive $50 to $250 for each gun, depending upon its type and working order.

“You will receive cash for up to three weapons without providing identification, explaining where the weapon came from, why you have it or whether it is registered or not,” according to a public service announcement from Christie’s office.

Is this what Dick Armey would have hoped for when he scolded Christie for not permanently appointing a Republican to the seat? Of course not.

This story is not really a story at all because the Republican party has little to no chance of winning here. The 2nd Amendment is the most important issue in this country. We have an administration that is so utterly corrupt that The New York Times Editorial Board said the “Administration has lost all credibility.”

The New York Times Editorial Board has obviously been reading The D.C. Clothesline. 🙂 OK, well maybe not.

The point is, with an administration that is this corrupt, we can not afford more gun grabbers in the Senate. Our hopes rest on the people of New Jersey and that probably gives us better odds than having to rely on Chris Christie.

People of New Jersey need to get loud right now. You need to be talking to your neighbors and educating them. Time is short.

As for Chris Christie and his gun grabbing flunky… The second amendment is not about deer hunting. It’s about… Oh never mind. I am afraid of Chris Christie for obvious reasons.

Anyway I will now summon my last ounce of courage. Here we go… 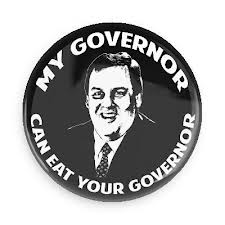 I thought RINOs were supposed to be vegetarians. If you think I’m gonna give up my guns while this psychopath runs rampant and feasts on innocent victims…think again. Actually, now that I read the button for a second time I am feeling slightly better. It implies he wants to eat my Governor. I wish he would because my Governor is Jay Nixon. You should read about Jay. He vetoed an Anti-Sharia Bill earlier this week.