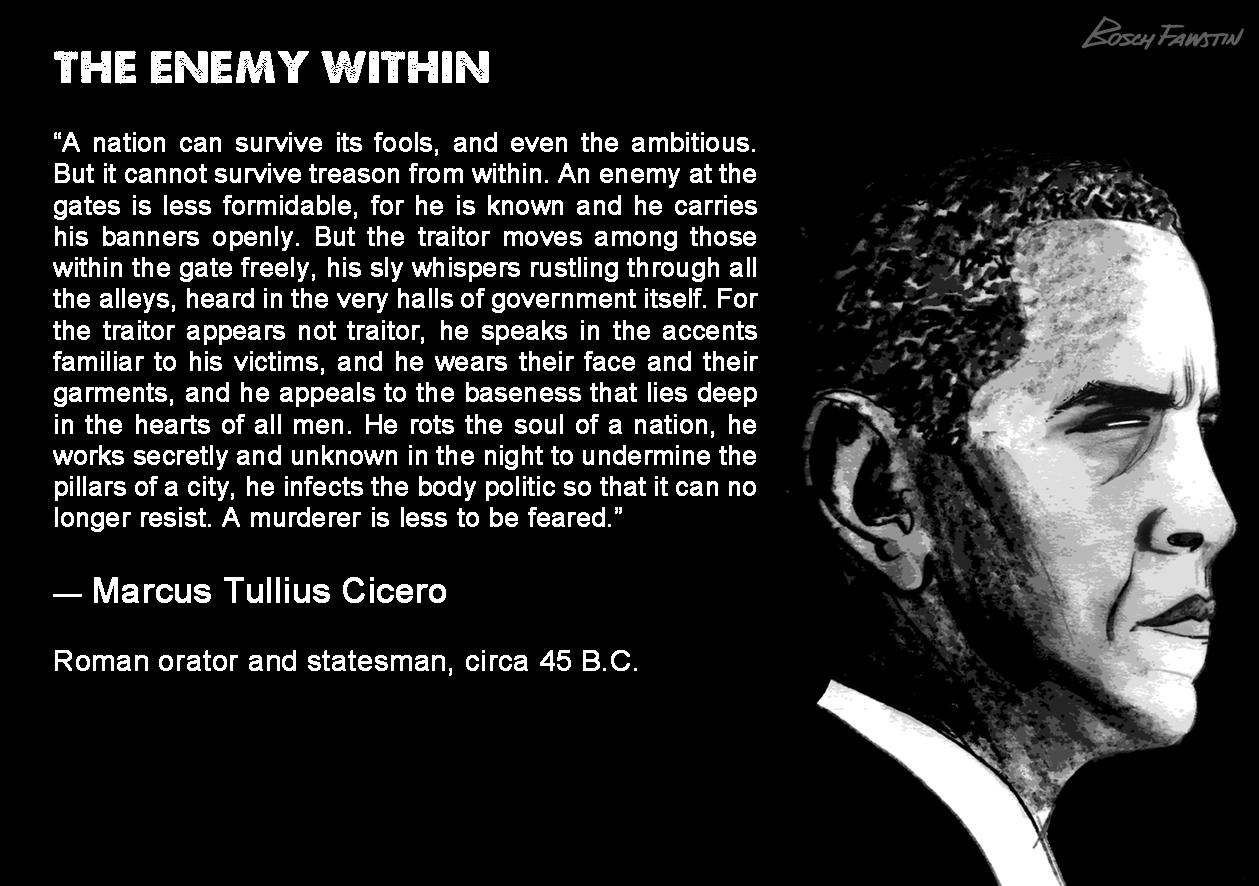 “Prudence, indeed, will dictate that Governments long established should not be changed for light and transient causes; and accordingly all experience hath shewn, that mankind are more disposed to suffer, while evils are sufferable, than to right themselves by abolishing the forms to which they are accustomed.”

There is a fable about a doe blind in one eye who was accustomed to grazing as near to the edge of the cliff as she possibly could, in the hope of securing her greater safety. She turned her sound eye toward the land that she might get the earliest tidings of the approach of hunter or hound and her injured eye towards the sea, from whence she entertained no anticipation of danger.

Some boatmen sailing by saw her and, taking a successful aim, mortally wounded her. Yielding up her last breath, she gasped forth this lament: “O wretched creature that I am! to take such precaution against the land, and after all to find this seashore, to which I had come for safety, so much more perilous.”

In America, our founders took many hardships and pains to ensure the American people would not be blind in one eye. Their sacrifice, their actions, their writings and our founding documents ensure that American citizens may have both eyes wide open to detect tyranny and bring proper justice upon it. At the present time, Obama’s administration is being perpetually exposed in scandal after scandal, leading to a snowball effect of denial by the administration and the anticipation of how the American people will respond to its criminal activity.

Obama has admitted, while once again shifting the blame away from himself, that four American citizens have been killed in drone strikes.

In what is known as Extortion 17, Vice President Biden compromised Navy SEAL Team 6 by announcing that they took down bin Laden. Over 30 of them have been killed since his announcement. On Aug. 6, 2011, high-ranking military officials “neglected” to follow protocol, leading to the fatal crash of a helicopter carrying 15 members of Navy SEAL Team 6, along with 15 others, none of whom survived. This was the highest single-day loss in the war, and the largest SEAL loss ever.

Obama himself claims he did not know about the IRS targeting conservative and Christian groups seeking tax-exempt status until it broke in the news – despite the fact that the former head of the IRS visited the White House 147 times.

Both Obama and Attorney General Eric Holder refuse to be held accountable for the Department of Justice unlawfully seizing Associated Press emails or hacking into the emails of Fox News’ chief White House correspondent, James Rosen.

America, this is happening with both eyes open.

Instead of invoking impeachment and civil charges, however, the state-run media is forecasting what will be the next scandal by this administration.

How can it be that America’s history was established by those who threw off tyranny, yet citizens today instead throw off their duty (1 Chronicles 22:13)?

Then, I ask, who is the enemy? It is those who through apathy tolerate these crimes against “We the People.”

For those who do take action – the American people are not the ones violating the republic by throwing off corrupt government; it is this administration that is defying the laws of our constitutional republic.

America needs only to follow the Declaration of Independence to once again secure the liberties she once possessed:

“But when a long train of abuses and usurpations, pursuing invariably the same Object evinces a design to reduce them under absolute Despotism, it is their right, it is their duty, to throw off such Government, and to provide new Guards for their future security.”

America’s Enemies: From Without…or Within?

TIME’s Tyrants of the Year: