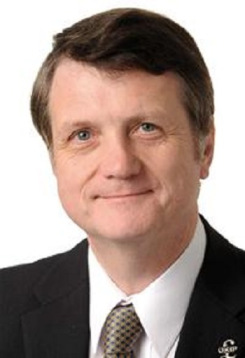 Does this man look crazy to you?

He is Gerard Batten, not a tinfoil-hat looney tune but a member of the European Parliament for London for the United Kingdom Independence Party.

In a speech on September 12, 2011, at the European Parliament in Strasbourg, France, Batten asked the question that should be asked of every reporter in the U.S. and across the world: “Why are the media so completely and totally disinterested in the yearly meeting of a group of the world’s most powerful and influential people?”

Batten said: “What other summit of world leaders in politics, finance and business would go completely unreported in the mainstream media such as the BBC? It’s impossible not to reach the conclusion that the non-reporting of these events is anything other than a conspiracy between the [Bilderberg] organizers and the media. It merely confirms the belief of many that the hidden agenda and purpose of the Bilderberg Group is to bring about undemocratic world government.”

Watch a video of Batten’s speech by going to my post of Sept. 23, 2011, “There Really is a World Conspiracy by the Powerful.”

The Bilderberg Group (aka Bilderberg conference or Bilderberg Club) is an annual, unofficial, invitation-only conference of approximately 120 to 140 guests from North America and Western Europe, most of whom are people of influence. About one-third are from government and politics, and two-thirds from finance, industry, labour, education and communications.Meetings are closed to the public and often feature future political leaders shortly before they become household names. […] Meetings are organized by a steering committee with two members from each of approximately 18 nations.

Here are the chairmen of the Bilderberg Group’s Steering Committee. Betcha you’ve never heard of these men. Why’s that?:

Yesterday, delegates in blacked-out cars arrived for the secretive 3-dayBilderberg 2013 summit at The Grove, a luxury country hotel near Watford, Hertfordshire, England. Protected by the biggest security operation Watford has ever seen, the delegates were heckled by protesters as their cars disappeared down the driveway. When asked about the difficulty in seeing Bilderberg VIP’s through the parade of tinted windows, American Free Press journalist Mark Anderson wryly said, “The dark windows match the dark personalities inside”.

For the first time, Bilderberg actually made public the official list of Bilderberg 2013 attendees (American attendees are in red). But, as Global Research notes, the real interest will be in the attendees who are NOT on the list. They include Hillary “what difference does it make” Clinton, Bill Clinton, and David Rockefeller. All three had been spotted entering the Grove Hotel yesterday, by the UK’s Liberty Tactics team.

See also “Bilderberg meets to decide US presidential election,” May 31, 2012.