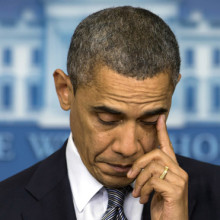 This NSA scandal may prove to be about much more than phone records. As with all of the scandals we have seen surface recently, new information seems to break every single day. Sometimes it breaks so fast that we can’t keep up. On Thursday The Washington Post revealed that the FBI and NSA have been mining data from 9 major United States based internet companies. The Washington Post reports:

The National Security Agency and the FBI are tapping directly into the central servers of nine leading U.S. Internet companies, extracting audio and video chats, photographs, e-mails, documents, and connection logs that enable analysts to track foreign targets, according to a top-secret document obtained by The Washington Post.

The program, code-named PRISM, has not been made public until now. It may be the first of its kind. The NSA prides itself on stealing secrets and breaking codes, and it is accustomed to corporate partnerships that help it divert data traffic or sidestep barriers. But there has never been a Google or Facebook before, and it is unlikely that there are richer troves of valuable intelligence than the ones in Silicon Valley.

Equally unusual is the way the NSA extracts what it wants, according to the document: “Collection directly from the servers of these U.S. Service Providers: Microsoft, Yahoo, Google, Facebook, PalTalk, AOL, Skype, YouTube, Apple.”

London’s Guardian newspaper reported Friday that GCHQ, Britain’s equivalent of the NSA, also has been secretly gathering intelligence from the same internet companies through an operation set up by the NSA.

According to documents obtained by The Guardian, PRISM would appear to allow GCHQ to circumvent the formal legal process required in Britain to seek personal material such as emails, photos and videos from an internet company based outside of the country.

PRISM was launched from the ashes of President George W. Bush’s secret program of warrantless domestic surveillance in 2007, after news media disclosures, lawsuits and the Foreign Intelligence Surveillance Court forced the president to look for new authority.

This surprises no one. All it does is vindicate all of us “tin foil hat” types who have been crying, on Facebook, for months about how our accounts are being compromised.

All you have to do is open your eyes to see how deep the corruption might go. A few days ago it was reported that Google has hired Obama’s entire 2012 Campaign “E-Team.” Breitbart reports:

This week, Bloomberg reported that Obama’s data mining team, used to great effect during his 2012 re-election campaign, has been hired nearly wholesale to work for Google.

This may not come as such a great surprise, however, as Google’s Executive Chairman, Eric Schmidt, helped organize and run Obama’s re-election e-team.

OK so maybe that move is not surprising but can you see how the two stories could potentially tie together? Google’s Executive Chairman set up and led a team to re-elect Obama. Now those people work for Schmidt and we have a conspiracy about NSA data mining from Google (and 8 other sources).

Just another in a long line of “coincidences” from the Obama administration.