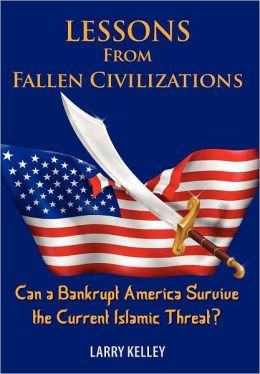 In my book, Lessons from Fallen Civilizations

By 1500, the Sunni branch of Islam, administered by the Ottomans, ruled lands from Syria and Iraq, across the Maghreb to the Atlantic. And on the European mainland, it ruled all of Greece and the Balkans. By 1529, the Ottomans began their first siege of the Hapsburg imperial Christian capital of Vienna and were not successful in taking the city. They lost that battle because the Sultan, Selim “the Grim,” was temporarily distracted from his conquest of Europe, feeling obliged to wage wars against his Islamic rivals both in Egypt and in Persia. Selim’s armies fought Persia to a stalemate. They were victorious against the Mamluks of Egypt, incorporating within the Turkish Ottoman Empire, Egypt, and the holy citadels of Islam, Medina, and Mecca. Most important for the ultimate survival of Europe, Persia remained an enemy of the Ottomans.

To date, the two-year long Syrian Civil War has cost 80,000 lives, displaced hundreds of thousands of Syrians into neighboring states, is spilling over the border into Lebanon, and may ultimately explode into a full-blown war between the two branches of Islam. For those of us in the West who  fear state-sponsored Muslim terrorism, that is, today’s Islamic aggression, it’s tempting to look at what is going on in Syria and believe it to be a good thing.  The thinking goes – among those 80,000 dead, are many would-be jihadists who would have otherwise been at work attacking western targets. 7-year old Ahmed, son of a Free Syrian Army fighter, takes a drag of his cigarette while toting an AK-47.

In Lessons from Fallen Civilizations, I write

– although history is an imperfect road map for the future, it is the only navigation aid we have. But in the case of Syria, the word “imperfect” is operative. The Pope, the Dodge of Venice, the Holy Roman Emperor of the Hapsburg Empire, and the Queen of England of the sixteenth century did not face the specter of the invading Ottomans forming an alliance with a nuclear-armed Russia or a soon-to-be nuclear-armed Persia. Our times are far more hair trigger.  It is tempting to think that if Vladimir Putin or Iran’s Ayatollah want to enter the Syrian horror zone, they’re welcome to it.  But as Stephens puts it, “These guys aren’t dupes getting fleeced at a Damascene carpet shop.  They are geopolitical entrepreneurs sensing an opportunity in the wake of America’s retreat.” What is unfolding in Syria, with its huge death toll and with Assad’s ever stronger ties to our mortal enemies, is a microcosm of what the whole world will look like when the US is as fiscally and militarily as weak as Europe.  While our president issues flaccid warnings of “red lines” regarding the Syrian regime’s use of chemical weapons, Iran and Russia are playing to win.  The Economist of London reports,

Mr. Assad’s allies, Iran and Hezbollah, the Lebanese Shia movement, have backed the regime with more dedication than the Gulf Arab and Western States have helped the opposition…Hezbollah and the Iranian al-Quds force are helping to train a new ‘national defense force” of 50,000 drawn mainly from Alawite militias.  Recent sectarian killings in and near the port of Banias suggest a plan to cleanse some of those areas of Sunnis.  Hundreds of them have been killed in what seems to have been premeditated massacres.

Iran, Now on the Move in Latin America, Threatens the US Homeland In 1994, Iranian operative blew up the AMIA Jewish Community Center in Buenos Aires where 85 people died.  Argentines still refer to it as their 9/11.  In Mary Anastasia O’Grady’s important article, Uncovering Iran’s Latin Networks, she reports that Iran is running massive terrorist operations in the Western Hemisphere; operations that threaten the US homeland.

Shortly after the bombing, an Argentine prosecutor, Alberto Nisman began an eight-year study in which he determined that Iran is sowing revolution all over the world and that Latin America is its key base of operations.  He is also the author of a newly released 500-page report which describes in great detail the Iranian terror network that stretches from the Caribbean to the southern tip of the hemisphere.  And its targets are not just in Latin America.  Nisman reports that the 2007 foiled plot to blow up JFK airport was an Iranian operation planned in Guyana and in a manner nearly identical to the Buenos Aires attack.

But we have nothing to fear because Obama has just elevated Susan Rice of post- Benghazi fame to be his national security advisor and the activist, Samantha Powers to be his UN Ambassador.  Ms. Powers once said, “We need a historical reckoning with crimes committed, sponsored or permitted by the United States.”  Both Powers and Rice are mirror images of our commander in chief.  They are capitulationists. This is a problem for every American no matter what his or her party affiliation. If world-wide Muslim jihadism is a snake, then the regime in Tehran is it’s head.  Almost all Muslim terrorist activity in the world can be traced back to, or will have some connection with, the Mullahs running Iran.  They are the new Nazi’s.