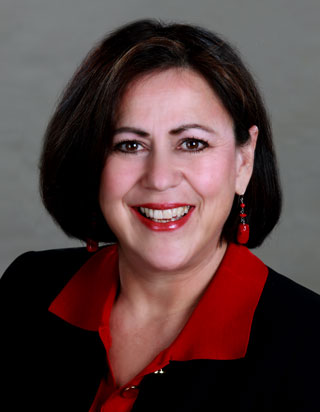 Second Amendment supporters from all across the country are looking upon the great people of Colorado with pride. Unlike many of us who sit and whine about our government officials, the people of Colorado are taking action and looking to remove the cancers that are metastasizing  within their Senate.

On Monday morning 13,500 signatures were turned in toward the potential recall of Senator Angela Giron. The Gazette Reports:

A little over 13,500 signatures to recall Sen. Angela Giron, D-Pueblo, were turned in Monday morning to the secretary of states office by local gun-rights advocates.

To put the ouster attempt on the ballot 11,500 of those signatures must be valid, which is 25 percent of the number of votes cast in the 2010 election that put Giron in office.

Victor Head, a plumber from Pueblo who is leading the campaign against the senator, said they were diligent to ensure all of the signatures were in Giron’s  Senate District 3.

The state has three weeks to determine whether the signatures are from registered voters in the district, and if so, the governor will put a question on the ballot in coming months asking whether Giron should be recalled and if so, who should replace her. Candidates can get on the ballot by collecting signatures.

Giron is one of four Democrats targeted for recall this summer because of gun legislation they supported during the 2013 legislative session.

16,000 signatures were delivered to recall Colorado State Senator John Morse. Morse has been a huge backer of the sweeping and numerous gun control bills that were passed in Colorado earlier in the year and signed into law by Governor John Hickenlooper.

No state lawmaker has ever faced a recall vote in Colorado history. Accordingly, voters would determine whether he should be recalled and who would replace him.

Never in history? Well now it appears there may be two and, with any luck, as many as four. The people of Colorado are angry and they are turning that anger into action.

The people of Colorado understand the meaning of “Shall not be infringed.”

From those of us in the other 49 states… and I think I am speaking for gun owners all over the country when I say,