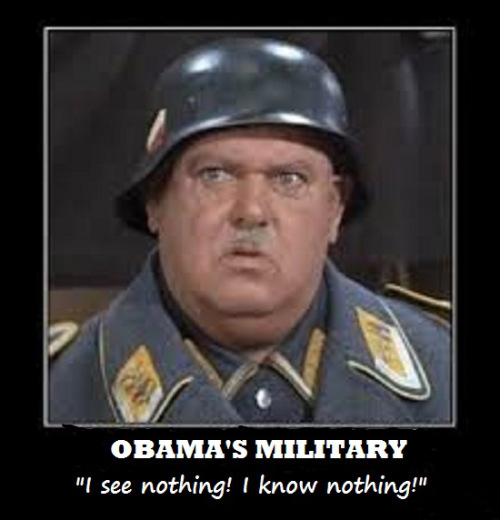 Gina Loudon reports for WND, June 9, 2013, that the U.S. Air Force is ordering members of the service not to look at news stories about their commander-in-chief President Lucy’s many scandals.

WND received an unclassified NOTAM (Notice to Airmen) that warns our airmen not to look at news stories related to the data-mining scandal.

The notice applies to users of the Air Force NIPRNET (Non-classified Internet Protocol Router Network), which is the only way that many troops stationed overseas and on bases in the U.S. are able to access the Internet.

The last line of the executive summary states:

“Users are not to use AF NIPRNET systems to access the Verizon phone records collection and other related news stories because the action could constitute a Classified Message Incident.” Cindy McGee, the mother of an airman stationed in the UAE who had received the memo, told WND:

Last Wednesday, the Guardian broke the news of the top-secret court order requiring Verizon to hand over all of its call data on an ongoing basis to the National Security Agency. This was followed two days later by the Washington Post reporting that the NSA and FBI are gathering data from the servers of nine U.S. Internet companies. Then reports came out that there are 50 companiesfrom which the government is collecting data.

You may ask: “Okay. So what happens if a member of our military disobeys the order?”

Answer: You will be punished!

Todd Starnes reports for FoxNews, June 7, 2013, that Sommers is a 25-year Army veteran and conservative Christian based at Fort Myer in Washington who says he is facing retribution and punishment from the military for having anti-Obama bumper stickers on his car, reading books written by conservative authors like Mark Levin and David Limbaugh, and serving Chick-fil-A sandwiches at his promotion party.

Sommers his outspoken opposition to gay marriage prompted higher-ups to take a closer look at his beliefs. The recipient of an Army Commendation Medal and a soloist at the funeral of former First Lady Betty Ford, Sommers said his core beliefs are enough to mark a soldier for persecution in today’s military.