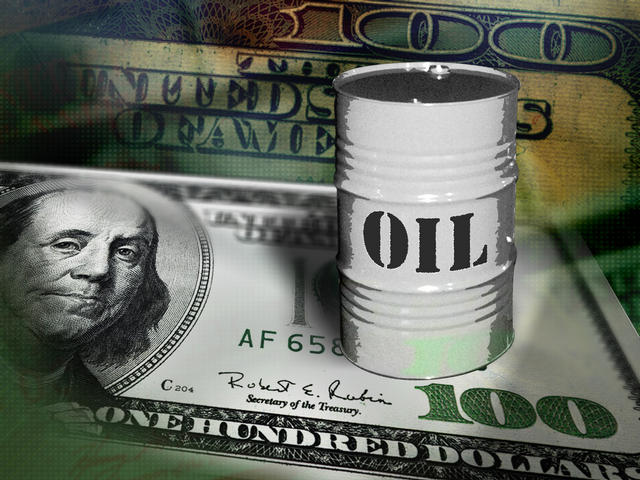 What Is The Petrodollar?

Essentially in the early 1970′s, shortly after President Nixon severed the US dollar’s convertibility into gold and ended the Bretton Woods agreement, Nixon and his counterpart Henry Kissinger devised a suitable replacement to ensure global demand for US Dollars remained high. In this new system, they met with the leaders of Saudi Arabia and offered to provide them with weapons, and protection from outside nations if they would agree to two simple things.

1. They would only trade oil in US Dollars. This means any nation wanting to buy their oil, would first have to convert their own currency into US Dollars, and then buy oil from Saudi Arabia.

2. They would take any excess profits from their oil sales, and buy US government bonds with that money, and hold it in western banks.

This was an attractive arrangement for the Saudi’s because essentially the US was offering to be their military for them for free. It wasn’t hard to convince them, and soon all the other OPEC nations (and eventually virtually all oil producing nations) that this was in their best interests.

For the US though, the Petrodollar was a fantastic system. Now as the world’s demand for oil grew, the demand for US dollars would grow with it. This enabled the US government to continue with its policies of overspending and deficits. It also provided a built in mechanism where other nations would buy up the debts created by the printing of new money, which helps keep that cycle going.

On top of that, it makes the United States, the only nation on the planet that can buy oil with money printed out of nothing. Because oil is traded in petrodollars (which are US dollars), they can simply print new money when they need to buy oil.

This system has been in operation for nearly 40 years now, and is starting to be challenged. If you simply follow the money, it isn’t hard to see why the US has been so involved in conflicts around the world. They’re simply protecting the system they implemented to ensure they can continue their “welfare and warfare” policies.

You may have noticed a few nations have grown weary of this system, especially since they’re forced to trade into US Dollars which are rapidly becoming less and less stable. Some nations like Iraq, Libya, Iran, North Korea, Syria, Venezuela, and others have attempted to move away from the Petrodollar and trade their oil for other currencies or commodities like gold. Does it now make more sense why the US got involved in “conflicts” in those areas?

Again, I’m no expert on this subject, but even a basic understanding of world economics, and current affairs will enable you to read between the lines on much of the official stories we’re fed by the mainstream media.

Dan Giercke is a life long learner, who has recognized the value of having mentors in his life. As a result, he founded A Mentored Life which brings the world’s greatest mentors all in one place to help you Reach Your Ultimate Potential.