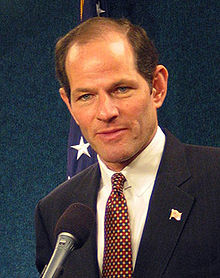 According to a new poll, which was conducted after the news broke about the NSA’s spying scandal, 56% of Americans do not seem to have a problem with the program.

A majority of Americans – 56% – say the National Security Agency’s (NSA) program tracking the telephone records of millions of Americans is an acceptable way for the government to investigate terrorism, though a substantial minority – 41% – say it is unacceptable.

The latest national survey by the Pew Research Center and The Washington Post, conducted June 6-9 among 1,004 adults, finds no indications that last week’s revelations of the government’s collection of phone records and internet data have altered fundamental public views about the tradeoff between investigating possible terrorism and protecting personal privacy.

The PATRIOT Act was designed to monitor terrorist activity but somehow these people do not seem to have a problem with the NSA monitoring all Americans, many of whom have done nothing to justify the monitoring. Apparently they feel that if you have nothing to hide you have nothing to fear, and to be honest I used to feel the same way; correct me if I am wrong but doesn’t the ‘F’ in FISA stand for ‘foreign?’ How has the FISA court justified spying domestically on people who are not thought to be of criminal intent?

And what if the PATRIOT Act was used to go after non-terrorist related activity? If you do not think this is possible perhaps you should talk to Eliot Spitzer.

We all remember the high profile case of the former governor of New York who was busted banging high class prostitutes, right? His case was first brought to light because of the PATRIOT Act:

The Patriot Act was passed in the aftermath of the Sept. 11, 2001 attacks under the pretext that American law enforcement agencies needed increased powers in order catch terrorists and prevent future carnage on American soil. But the powers granted in the Patriot Act aided law enforcement officials in uncovering former New York Democratic Gov. Eliot Spitzer’s dalliances with high-class prostitutes, which isn’t exactly a terrorism-related offense. Mark Hosenball explained how in Newsweek magazine in 2008:

The Patriot Act gave the FBI new powers to snoop on suspected terrorists. In the fine print were provisions that gave the Treasury Department authority to demand more information from banks about their customers’ financial transactions. Congress wanted to help the feds identify terrorist money launderers. But Treasury went further. It issued stringent new regulations that required banks themselves to look for unusual transactions (such as odd patterns of cash withdrawals or wire transfers) and submit SARs — Suspicious Activity Reports — to the government. Facing potentially stiff penalties if they didn’t comply, banks and other financial institutions installed sophisticated software to detect anomalies among millions of daily transactions. They began ranking the risk levels of their customers — on a scale of zero to 100 — based on complex formulas that included the credit rating, assets and profession of the account holder. …

The new scrutiny resulted in an explosion of SARs, from 204,915 in 2001 to 1.23 million last year [2007]. The data, stored in an IRS computer in Detroit, are accessible by law-enforcement agencies nationwide. “Terrorism has virtually nothing to do with it,” says Peter Djinis, a former top Treasury lawyer. “The vast majority of SARs filed today involve garden-variety forms of white-collar crime.” Federal prosecutors around the country routinely scour the SARs for potential leads.

Spitzer’s transactions were tagged, which ultimately led to suspicions he was accepting bribes, according to ABC News.

Because of his actions he was first caught by the PATRIOT Act although his actions had nothing to do with national security and from there we all know what happened.

I am not condoning his actions, and I am certainly not defending him, nor am I defending the actions of any American who is breaking the law, but here we have an example of the PATRIOT Act leading to the investigation of a non-terrorist related crime.

Now that we know the NSA is gathering data on virtually all Americans’ phone, email, and internet usage are we really to believe that the PATRIOT Act, and the NSA spying, will not be used to go after Americans for many more non-terrorist related crimes in the future? We are in the throes of a soft police state and it frightens me to think that a majority of the American people do not have a problem with what the NSA is doing.