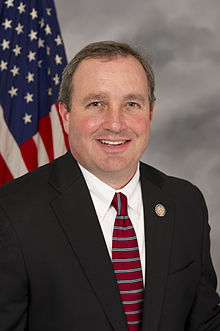 Representative Jeff Duncan (R-SC) caused an uproar with a tweet yesterday, stating that he had witnessed IRS agents training with AR-15s at a DHS facility.

A few weeks ago when I toured a DHS facility I saw #IRS agents training with AR-15's. I'm looking into the issue now #PJNET

My first thought was that this was no major concern. It is known that the IRS has their own law enforcement officials. Mark Levin revealed in May that he was interviewed by two of these armed agents after making complaints about the IRS.

I don’t think that those agents were carrying “assault” rifles. I would assume that if they were that Levin would have mentioned as much. In a high-profile case that saw these agents in action, back in 2010, agents raided the home of a rapper named Young Buck. WKRN.com reported:

The home of local resident and rapper Young Buck was raided by the IRS on Tuesday in Sumner County.

According to a statement released by Young Buck, Internal Revenue Service agents showed up to his house, armed with shotguns and ready to repossess some of his assets.

The agents warned Buck not to interfere with the raid as they seized his recording equipment, jewelry, furniture, platinum wall plaques, and even his kids’ Play Station.

TMZ reported that the raid was due to $300,000 in unpaid taxes which resulted in a delinquent tax bill.

The thing I want to note about this case is that the agents were noted to be armed with “shotguns.”

In fact it seems clear that shotguns are the weapon of choice for IRS agents. Mrconservative.com reported on May 31, 2013:

You may not be aware of this but many of the employees of the IRS are allowed to walk around armed. In fact, nearly 3,000 IRS agents apparently have a license to kill–after all, the right to be armed means the right to use that weapon.

As Obama’s welfare state grows, so does his armed security state. In fact, it is getting so ubiquitous for government employees to be allowed to be armed where ever they go, it might be easier to list those officials that can’t tote a gun where the rest of us are banned from doing so. (That is sarcasm, for those unaccustomed)

Only a few years ago, the IRS ordered another shipment of Remington Shotguns to go with the many other orders of firearms they’ve gotten over the years. The IRS has a regular arsenal of weapons and also has SWAT-styled attack teams under its wing. A government procurement website recently posted a quote for 60 Remington Model 870 Police 12-gauge pump-action shotguns supposedly for the IRS Criminal Investigation Division, 0r IRS-CID.

Again, shotguns are clearly mentioned. However, I am sure that these “SWAT-styled attack teams” have AR-15s at their disposal, but…

My questions would go beyond that, and I sincerely hope that Duncan gets to the bottom of this. We have all heard the claims that Obamacare will be responsible for hiring 16,500 new IRS employees. This number is widely disputed depending on who you choose to listen to.

The number does not matter so much as the fact that they will have to hire a certain number of new employees to administer Obamacare. It is common sense. If it’s 1650 or 16,500 is not my concern.

With what Representative Jeff Duncan witnessed I must ask the question that is on everyone’s mind. How many new agents will be hired as enforcement officers and how many of them will be carrying AR-15s?

And for what reason?

Barack Obama has declared that the federal government will send federal agents into states to take over their insurance industry if they don’t surrender to ObamaCare and set up the exchanges demanded by the regime.

Could that be what these agents are gearing up for? Are they training to go into states like Oklahoma and try to forcibly get them to accept Obamacare?

There could be a million explanations and not many of them are good. My hope is that Representative Jeff Duncan asks the tough questions and does not allow this to drop. The American people deserve to know why IRS agents are training with AR-15s.