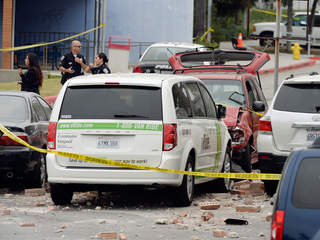 We see it time and time again: Every time some madman opens fire on innocent people the Democrats almost immediately use the tragedy to push for gun control laws and the all too willing media quickly jump on board to begin pushing the government’s propaganda. Where most of us see tragedy the left sees opportunity.

In fact I thought they would go even further than that because I expected to hear the left blame the Republicans and the conservatives in the Congress for the shooting because they failed to pass gun control legislation in the wake of the Newtown shooting, but to this point–with the exception of Henry Waxman–we haven’t heard a word about it and I found that to be quite curious indeed. It isn’t like the left to let a good crisis go to waste, so why are they not speaking out and trying to exploit this shooting?

It turns out the shooter’s name was John Zawahri, he is of Middle Eastern descent (reportedly Lebanese)  and his next of kin all happen to be out of the country at this time. That is all we know about Zawahri at this point, we do not know if he was a Muslim and we do not know the motive although it is being reported it was possibly over the divorce of his parents.

Could it really be so simple? Is the mere fact that this man may have been a Muslim enough to silence the left and the media and stop them from once again exploiting a shooting for political purposes? Could it be true that the left isn’t interested in exploiting this story because of the slight possibility that this shooting could be tied to the religion of peace they are afraid if they do so they would unwittingly shine a light on a problem they refuse to believe still exists? After all, this is the regime that classified the Fort Hood shooting as workplace violence in order to hide from the truth.

If you enjoyed this post you can read more from Steve Dennis at America’s Watchtower.