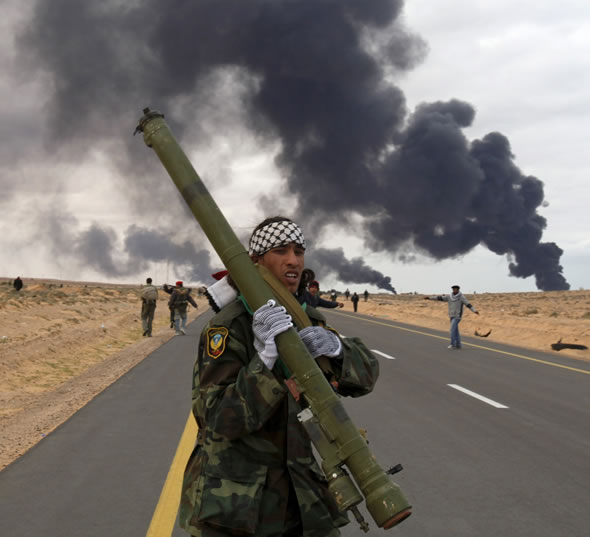 Recent revelations suggest that Al Qaeda members are training in the use of a weapon called, “The Grail” a surface to air missile capable of bringing down a commercial airline.  If Al Qaeda does indeed have this weapon, no air traffic is safe.  They are portable but deadly.  The SA-7 is a Russian made missile that some have called obsolete but deadly.

There is little doubt that Al Qaeda possesses and have used these missiles in Afghanistan and Iraq, but recent discoveries in Mali suggest that Al Qaeda operatives have been training there in the use of the SA-7.  Found on the scene were stapled handouts on the use of the SA-7.  If they are in possession of a large number of these missiles, it could be troubling for the United States.  The porous Mexican border that Obama has created for the safe passage of illegal immigrants into the country, would allow Al Qaeda to target commercial US airlines.

It’s small size and portability, would mean they could strike anywhere without fear of being spotted during preparation and would make a successful attack much more likely.  We know where the weapons probably came from.  In his haste to assist Al Qaeda and other rebels in overthrowing Gadhafi, Obama failed to secure Gadhafi’s weapons caches.  As a result when we finally did go in, a large quantity of missiles had already been removed.  No numbers on the missing missiles is currently available.

The missiles weigh just 30 pounds and require only 6 seconds to fire.  It is equipped with heat seeking capacity and will self destruct if they do not hit their target within 17 seconds.  Between 1978 and 1998, 29 commercial airliners have been hit with Sa-7s, with a death toll of 550 people.  Last Thursday, 2 SA-7s were fired at an Israel plane, but fortunately they missed their target.  But it is a reminder of the danger presented by this weapon.

Why the Obama administration failed to secure the weapons cache is anyone’s guess, but I suspect that weapon securement took the back seat to Obama’s support of Al Qaeda in their takeover bid in Libya.  And before you liberals call me a nutcase, please explain the 1.5 billion in cash, 28 F-16 fighters, and 140,000 tear gas canisters Obama has sent to the terrorist organization, the Muslim Brotherhood.  During the so called “Arab Spring”, Obama aided rebels in every country but Iran, which coincidentally is the only country already equipped with a radical Islamic government.  The radical Islamic government in Egypt has found a true friend in Obama, who falls all over himself to appease, while they commit atrocities on Christians and other groups Obama disapproves of.

Fears that radical Islamists could get a dirty bomb are justified, but in the meantime, we need to worry about the SA-7s.  To be fair to Obama, he probably won’t know about the SA-7s until he reads this column.  High ranking officials within his regime are aware of it but none thought to inform him (They may have gone over his head and reported directly to George Soros) and when he does find out, he will rant and rave and them promptly promote all those involved, just like he did in Fast and Furious, Benghazi, and the IRS.