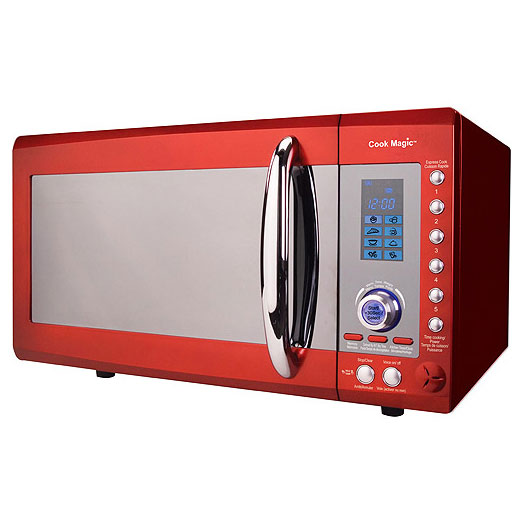 I have, in my lifetime seen many things hidden in a microwave, but leave it to Obama to hide a new tax in one.  In a recent new rule on microwave ovens, Obama hid a raise in the projected social cost of emissions by about 50%, from $23.80 a metric ton to $38.00 a metric ton.  This could affect every coal fired plant left in the United States, to new building projects, including the Keystone Pipeline.

“When calculating the “damage” to the environment due to “global warming’, this calculation is vital.  When you weigh the cost of new regulations against the benefits, this will make it much easier for Obama to close plants and prevent new ones from going on line.  And they are not through yet.

“As we learn that climate damage is worse and worse, there is no direction they could go but up,” Laurie Johnson, chief economist for climate at the Natural Resources Defense Council, said in an interview. Johnson says the administration should go further; she estimates the carbon cost could be as much as $266 a ton.”

As always, the biggest victim will be the consumer.  Currently, 38% of all electricity comes from coal fired plants.  The EPA’s coming carbon tax. which was already seen as possibly doubling or more of the cost of electricity from coal, would now be excessively higher.  It will also make it much easier for the EPA to mandate new equipment at a cost that makes it more efficient to close the plant.

And where do we get the additional electricity from?  Green power?  Obama brags that over 11% of all electricity in the US comes from renewable sources, but over 60% of that is hydroelectric that predates the sun and wind, which produces about 3% of all electricity we use.  Will Obama trade us some magic beans for our cow?  And will those beans magically grow into electricity?  No.

And what about his all of the above approach to energy?  Nuclear?  Forget it, he is withholding money from nuclear even after huge sums have been invested based on that promise.  In South Carolina, 2 billion has been spent on a nuclear plant, but now may have to close and all employees laid off as a result.

More wind?  First of all, it’s literally impossible to make up the difference with wind, and furthermore, it’s much more costly, especially since besides a wind power electricity generating plant, you must also build a natural gas generating plant to take over when wind energy is short.  Not only do you need a plant, but you need people on constant standby in case it has to be fired up to take over.

The troubling thing is that this was never opened for public comment as required by law.  And remember, the bleak scenario is based on an increase to 38 dollars a metric ton.  Imagine if it does reach the 266 a ton Obama wants.  In the meantime look for a new increase in the 4 slice toaster requirement coming very soon.

Steven Ahle is the Editor of Red Statments and a regular contributor to The D.C. Clothesline.