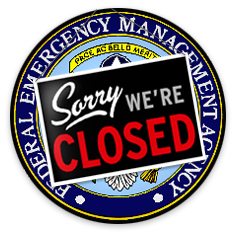 George Bush caught hell over Katrina, some deserved and some not.  But one thing no president, including George W have never done is play politics with government relief funds.  That places Obama in aclassless by himself.  Never before has disaster relief been decided on the state’s political leanings.

Texas has been passed over twice.  The latest outrage is over the explosion in West, Texas.  FEMA has decided that Texas can fend for itself.  Most of the town was destroyed in the blast, yet FEMA said that between private insurance and the ability of Texas to pay (That means the fact that Obama has been unable to destroy their economy) they would not provide any money for the rebuilding of the schools and other infrastructure.  FEMA did spend a few million in cleanup and first response but nothing else.

Let’s compare that to the Sandy Relief effort.  The total of noninsured damage was 35 billion dollars, yet they have received 60 billion in relief so far.  What’s the difference (Hillary Obama 2013) between the two disasters?  Sandy struck blue states, while the explosion was in a red state.

In 2010, Obama shafted the citizens of Texas over Tropical Storm Hermine.  Arlington, Texas had sections of the city which were almost completely flattened, yet they did not qualify for federal assistance.  Other states with damage did receive federal relief grants, just not Texas.  Do you see a pattern developing?  Red state, blue state.

There is one major disaster that Obama did treat red and blue states equally.  His presidency.