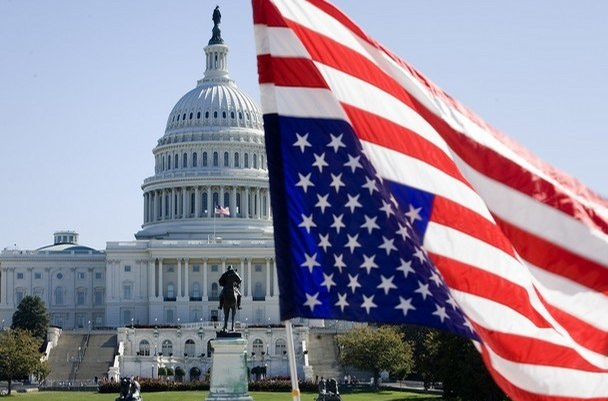 This Flag day we give respect to Old Glory and fly her proud in the skies of the USA. We all reflect on the liberty and freedoms we have in this country and take for granted many days, remembering those that fought for liberty.

Many of as of recent days have felt compelled to fly the Flag with the union down as a sign of protest of the present DC Administration and the policies they have coerced upon our great land and the people.

The US Flag code does not allow for protest with the union down, however, the First Amendment guarantees the right to free speech.

Recent case of this was a judges ruling for Vito Congine supporting his right to free speech by flying Old Glory union down.

Green Bay, WI – Police take down a Flag on Vito Congine’s property due to complaints from the neighbors during the 4th of July parade. Vito displayed the US Flag union down in disgust to protest the denial of the liquor license by the village board after investing nearly $180,000 to make the property a supper club. A Federal Judge actually ruled on this as a violation of the man’s First Amendment right to free speech.

Although the Federal judge ruled this way, was it a proper display of the flag? HELL NO!!! This was NOT a distress situation.

The flag should never be displayed with the union down, except as a signal of dire distress in instances of extreme danger to life or property.

Rather than Fly the US Flag with the Union down in protest of this Adminstration on Flag Day June 14, 2013, I sugggest the following as a dire distress and emergency for our entire nation.

Executive orders from the POTUS bypassing congress to affect gun control laws that are an immediate threat to the second amendment.

Money given to our adversaries in billions to aid them.

Giving aid to a national security threat known as Islam as they infiltrate our land and set up training camps for warfare against the citizens of the US while receiving benefits and not being required to work.

Building an illegal Citizen Security Force known as DHS and arming them better than our current military.

FBI Agents being killed shortly after capturing those responsible for the Boston bombings.

Record numbers of whistle blowers that have to take asylum for protecting the people of the US and their rights. This alone is a huge red flag.

Be-headings that are taking place here in the US in the name of Islam. Many others countries over the centuries have had to run these animals out of their countries to save themselves from genocide. However, America is supposed to accept it and allow this horror to continue in the name of tolerance.

I could go on, the point I am getting to here is we are about to break into major catastrophe really soon. Flying Old Glory right now I deem appropriate as we are in severe disress right NOW!

This is a call to all the Militia, Military, and Sheriffs to action. Dictator Obama and his regime must be stopped before he puts the final nail in the coffin of our US Constitution.

If Iceland can get rid of the corrupt officials in their gov’t, so can we.