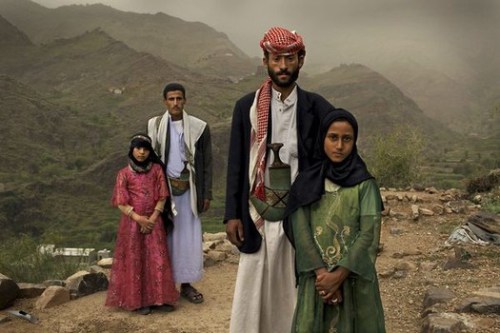 You know all the jokes about Muslim men being pedophiles?

AWR Hawkins reports for Breitbart, June 9, 2013, that Afghanistan’s parliament has rejected a body of laws that would have barred men from marrying girls younger than 16.

The reason for the rejection?

The proposed laws also would have banned two other practices:

Afhganistan will hold an election for a new President in April 2014. No one knows whether these laws will be taken up again by the parliament before then.

In fact, as Timothy Whiteman reported for the Examiner on Dec. 19, 2012, child brides are widespread throughout the Muslim World, and have been so since the inception of Islam. To exacerbate the situation, the Grand Mufti of Saudi Arabia Sheikh Abdul Aziz bin Abdullah recently issued a fatwa (religious ruling) authorizing marriage for girls as young as 10-years-old.

The US Army also recognizes the widespread homosexual pedophilia in Afghanistan, citing both homosexuality and pedophilia as “taboo” Islamic subjects for American troops to ever discuss with their Afghan allies for fear of insulting and very possibly being killed by them.

But then Muslim men are only following the example set by their prophet. [Snark]

One of Muhammad’s 11 or 13 wives was Aisha, who was 5 or 6 years old when she was betrothed to the prophet. Traditional sources state that she stayed in her parents’ home until the age of 9 when the marriage was consummated with Muhammad, then 53, in Medina.