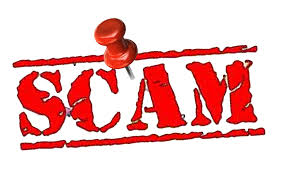 Michael Gagliano, president and director of the for-profit Galiano Career Academy in Orlando, Florida is being accused by Federal officials of altering student records in order to get hundreds of thousands of dollars in federal funding. Gagliano is said to have received $1.9 million from the U.S. Department of Education in aid for students who were ineligible to receive the funds.

The school was evaluated in 2009 by the Department of Education and at that time staff saw violations they though were criminal, which led to the investigation.

Learning of the investigation, Gagliano installed cameras and microphones in the school so that he would be able to monitor the feds as they conducted their investigation.

During the review Gagliano and another employee spoke about how they might alter a student’s record which they didn’t want the investigators to see.

Authorities raided the school in 2010, but it wasn’t until this week that Gagliano was charged in Orlando federal court with theft of government property, aggravated identity theft and obstructing a federal audit.

He waived an indictment and entered a plea agreement the next day, admitting guilt to the three charges.

According to the plea agreement, Gagliano used the Columbus Academy, a “diploma mill” owned by his wife, to make students eligible for Federal Student Assistance programs.

For a cost of just $125, students were granted a diploma, which made them eligible for student aid.

In addition to the $1.9 million Gagliano received in federal money, which by the way comes from us, the tax payers, he also received $168,175 from Workforce Central Florida for students who were ineligible to receive that assistance.

This is just one of many reasons why the Department of Education needs to be abolished and the Federal government needs to be out of the business of education. If there is no Department of Education, tax payers cannot be scammed by men like Michael Gagliano, because there will be no federal assistance for education. Additionally, there will be no Common Core curriculum forced upon the youth of America either.