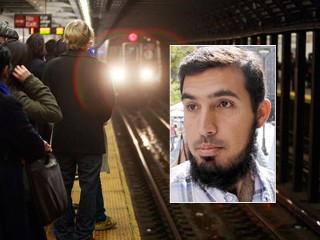 Ever since PRISM has been revealed, the administration and many members of congress have fallen over themselves, making the claim that PRISM has stopped “dozens of terrorist attacks”.  But how true is that?  About as true as anything else the Obama Mafiaosa touches.

General Keith Alexander told congress that PRISM is a tool against terrorism:

“It’s dozens of terrorist events that these have helped prevent. Both here and abroad, in disruption or contributing to the disruption of terrorist attacks,” Alexander told a U.S. Senate committee.

His comments backed up the testimony of James Clapper, head of National Intelligence.  But I still find it impossible to believe and tend to believe the program was more like the IRS scandal than it is about fighting a war on terror, when we all know the war on terror ended early on in Obama’s first term, when he eliminated the term “war on terror”.

Ben Smith at Buzzfeed makes the case that the government lied.  In the case of the attempted bombing of the New York subways, the government claimed that the email program stopped that attack.  Documents in the public domain say otherwise.  These documents show that Najibullah Zazi went to Pakistan to train with Al Qaeda.  In 2009, he was charged with leading two other men into a plot to bomb the subways in New York.

Now the question becomes, did PRISM stop the attack or was it good old fashioned police work?  Zazi’s capture actually was the result of British Intelligence arresting several suspected terrorists.  In 2010 a special court allowed British officials to search their computers and they found Zazi’s email address in there.

“The open case is founded upon a series of emails exchanged between a Pakistani registered email account [email protected] and an email account admittedly used by Naseer [email protected] between 30 November 2008 and 3 April 2009. The Security Service’s assessment is that the user of the sana_pakhtana account was an Al Qaeda associate…”

Therefore, this information was obtained even before Zazi was a suspect in any kind of terror plot.  PRISM was not responsible.  But as we have seen in the past, this administration will keep on trotting out lie after lie in an effort to keep anyone from knowing what they were really up to.

Now, let me tell you why I firmly believe PRISM was not about catching terrorists, although they may have used it as such at one time or another.  Here’s my scenario.  A young Muslim travels from the US to Russia, where he is radicalized.  The Russians contact the US and the FBI investigates the young man.  If PRISM were truly a tool to catch terrorists, would they not have gone into their massive collection of data and listened to his phone calls and read his emails.  And armed with that monitor the mosque he attended.  Perhaps even listened to his rant in favor of Jihad.

Had any of this had been done, he would not have been able to, with the help of his brother, bomb the Boston Marathon.  This was the textbook case for PRISM as a tool to fight terrorism.  Yet, it was never used.  maybe they were too busy visiting Ted Nugent?