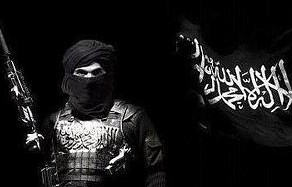 And al-Nusra, one of the most effective homegrown fighting forces in Syria, a force who really is in control of the rebel opposition show with as many as 10,000 highly trained fighters on the ground, now has Obama siding with, funding, and helping to arm them…NO matter that they’re a known al-Qaeda operative group.

Talk about ‘aiding and abetting the enemy’ and slapping the face of all our troops who have died fighting them.

The fact is that a radical islamic influence is strong in Syria and growing stronger every day, and now with American weaponry…including small arms, ammunition, and possibly anti-tank and anti-aircraft weapons…being sent to them by Obama they will grow even stronger, and as the rebels grow stronger Russia will send even more weapons to al-Assad’s government forces to counter them, increasing the fighting even more…fighting that currently kills 5,000+ Syrians a month. And with Iran running training camps inside Syria for Hezbollah, and pledging to send 4,000 Revolutionary Guards to fight on the side of the government forces, things are going from bad to worse in a country that under Bashar al-Assad was more secular than islamic regime.

In fact Russian President Putin warned Obama against arming the Syrian rebels “who kill their enemies and eat their organs,” referring to a widely circulated YouTube video that shows a rebel fighter eating the heart of a dead government soldier…something that while disgusting and deplorable in its own right is NOT really that shocking anymore when you consider the brutality and barbaric acts we’ve been privy to committed by islamic extremists over the years, including beheading and chopping people up into little pieces.

But hey, these are the barbarians Barack HUSSEIN Obama has pledged our country will support.

And with al-Julani saying from the very start of the conflict that islamic law must to be enforced in Syria, Obama siding with them becomes extremely dangerous to the long-term stability of Syria…even more so than the foreign jihadist groups currently operating in the country…because it represents the evolution of the Salafi-jihadist ideology into domestic talking points that will be able to influence vast amounts of disillusioned people tired of war.

And with Obama knowing this he still is willing to have our country support them…and all his bloviating that we will support only the moderate rebels, like The Free Syria Army, is pure nonsense as there are NO moderate rebels fighting al-Assad’s forces, and he knows it…and Russia knows it too…as they also know what will happen if Syria turns into an islamic state…as in too many radical islamists too close to their borders.

So when you boil it all down, Barack HUSSEIN Obama is NOT only siding with the rebels but with al-Qaeda itself…al-Qaeda who murdered 3,000 Americans on 9/11…the very group he’s been claiming is ‘on the run’ and no longer the threat they once were. And he knows damn well that if the rebels do win…and with him having the US aiding them it could become a possibility…yet another Mid-East country will fall and come under the rule of strict islamic law instead of democracy he claimed (he lied) was the reason he supported the Arab Spring uprisings in the first place.

The bottom line remains that NO matter which side wins, Syria is a no win situation that we just need to stay the hell out of…period.

This article first appeared at Lady Patriots, where Diane Sori is a contributing writer.