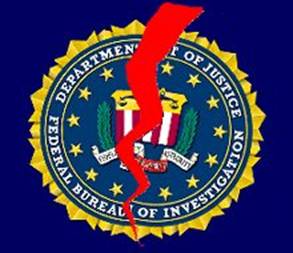 In another shameless act of craven cowardice and operating out of vengeance, the State Department is attempting to shut up a whistleblower, a former State Department inspector general investigator, according to an article in The Blaze.  Aurelia Fedenisn revealed the sex and drug scandals within the State Department, after finding out they rewrote her report to cover up the truth.  Longtime employee and confidante of Hillary and Bill Clinton, Cheryl Mills is behind the cover up and could possibly be the source of intimidation as she was with a Benghazi whistleblower, Gregory Hicks, she ordered demoted over answering questions from member of congress, against her orders.

Her attorney made the charges that federal officers camped outside her house, harassed her kids and tried to get her to incriminate herself.  What crime did she commit?  Actually, none.  But that doesn’t stop the Obama gestapo from threatening anyone willing to reveal their criminal nature.  Her separation from the State department included a clause that allows her to talk about corruption within the State Department and the documents she produced are not classified.

Before she came home, the two agents took turns harassing her two children, a boy and a girl, both in their teens and never once identified themselves.  Fedensisn’s lawyer, Cary Shulman, revealed that officials from the State Department informed him that they were going to have a no nonsense sit down with the Department of Justice, intimating that they planned to file charges.  This was an obvious attempt to scare his client into silence.

D.C. attorney Kel McClanahan, who is defending other whistleblowers agrees.  “This type of intimidation technique is all too common when an agency wants something from you that it is not entirely confident it can get without your cooperation, and more often than not people who don’t know any better fall for it.”

With so much blatant corruption going on within the Obama monarchy, you have to wonder how long before people wake up to the fact that there are no boundaries Obama will not cross to preserve his regime.

Stephen Ahle is the Editor of Red Statements and a regular contributor to The D.C. Clothesline.