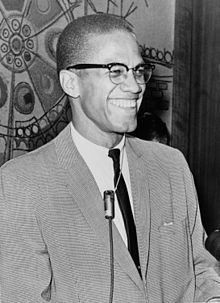 You must watch this video.

It shows, step by step, how many of Obama’s family pictures from his youth are Photoshopped images.

Adobe Photoshop is a graphics editing program developed and published by Adobe Systems, which enables its users to create, alter, and manipulate photos and images with tools such as retouching, cropping, slicing, moving, magic wand, and eraser.

The video also makes a visually compelling case that the real biological father of President Lucifer (who was born in 1961) may be Malcolm X (1925-1965), the black Muslim political activist who, on February 21, 1965, at age 39, was assassinated by three members of the Nation of Islam (NOI). Less than a year before he was killed, Malcolm X had left the NOI.

The video is the work of TheDrRJP. This is what he wrote on the video’s YouTube page:

Before 2004, the media had never heard of Barack Obama. They did not know about his birth place, his family, his education, his religion, his background, and his whereabouts.

They still do not know. Everything they thought they know about Obama was fabricated for their benefit from that point forward.

All of these photos “made available to the public” by the Obama Campaign and Obama’s “family and friends” are forgeries created for the conspiracy to package, sell, and elect an illusion of the perfect Presidential candidate.

The Journalist conspiracy was one of hundreds of similar conspiracies to keep Americans from knowing they are being conned by the biggest criminal conspiracy in modern history.