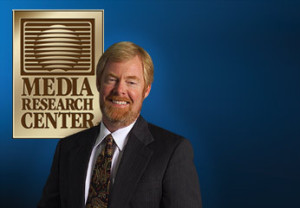 At an “Audit the IRS” rally on Wednesday on Capitol Hill, ForAmerica President Brent Bozell spoke passionately about not having honest government and hot getting answers from that same government. In doing so, he culminated his speech stating that it was time for Attorney General Eric Holder to go. He then led the crowd, changing, “Fire Eric Holder!”

Bozell is not only the President of For America, but he is also President of the Media Research Center which is the parent company of CNS News, where you can find video of Bozell’s comments at the event.

The rally was sponsored by the Tea Party Patriots. I reported at the first of June on the way Capitol Police were dragging their feet in issuing a permit for the event on Wednesday.

Bozell asked the crowd if they considered the IRS’ targeting of conservative groups to be wrong. The crowd affirmed that they did.

He asked if the crowd considered it an abuse of their personal freedom and again they responded in unison, “Yes!”

He then asked if they wanted a Federal investigation and once again they said “Yes.” He then told the people to make their voice heard to the “people in charge here” (pointing at the Capitol building) to investigate “the people over there” (pointing at what appears to be the direction of the White House).

“I am sick and tired of not getting answers from my government when my government is abusing my freedoms. It is time to tell this nation’s top cop, Attorney General Eric Holder, ‘It’s time to go,’” Bozell said. “Fire Eric Holder!”

He then concluded, “I have one more message about the national news media that have been aiding and abetting this censorship by not reporting to the American people. They’re here. They’re all around you. I want you as you leave to give them all a big hug, give them all a big kiss and then tell them, ‘Damn you, do your job!’”

The crowd joined in affirming “Do your job!”