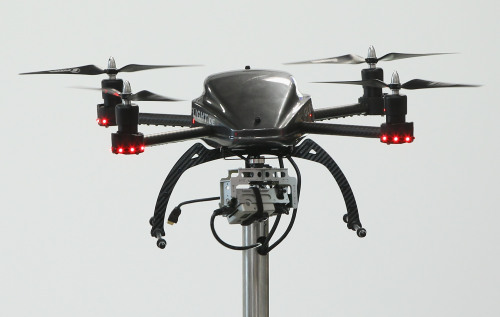 More than a year ago, FOTM first posted on the Obama regime’s admission (only because of a Freedom of Information Act request) that unmanned spy drones are deployed not just over war zones like Afghanistan, but also over the United States, and that the government was “considering” arming those drones. In fact, there are 63 active drone sites in 20 states scattered across America.

We were told at the time that those drones in the sky over our heads are really for border patrol and to combat terrorism.

Jordy Yager reports for The Hill that yesterday, June 19, 2013, testifying before the Senate Judiciary Committee, FBI Director Robert Mueller admitted that the FBI uses drones for surveillance within the United States.

Mueller says the drones are used “infrequently” and only to watch “specific targets” “in isolated instances” in regards to “specific investigations” of “particularized cases,” which “is the principle of privacy limitations we have.”

Mueller said, “Our footprint is very small. We have very few and have limited use,” and that the FBI is in “the initial stages” of developing privacy guidelines for how the agency balances civil liberty concerns with security threats.

Mueller made the revelation amid a debate over National Security Agency programs used to collect U.S. phone records and overseas Internet data.

While Mueller told lawmakers that the FBI uses drones domestically only for surveillance purposes, members of Congress have had growing concerns overthe use of armed drones.

Sen. Rand Paul (R-Ky.) made headlines in the lead-up to CIA Director John Brennan’s confirmation earlier this year when he delivered a 13-hour talking filibuster aimed at delaying the vote until the administration told him that it could not legally kill U.S. citizens on American soil using a drone strike, which Attorney General Eric Holder ultimately did.

The use of drones by the American military and the CIA to attack terrorists began under former President George W. Bush, but President Obama has increased the use of the armed, unmanned aerial vehicles dramatically — largely in the Middle East — to target individuals his administration suspects are carrying out acts of terrorism.

Obama laid out the administration’s policy and rationale for the increased use of drone strikes abroad in a speech last month, saying that the U.S. “does not take strikes when we have the ability to capture individual terrorists.”

In a letter to Congress the day before Obama’s speech, Holder said that four Americans suspected of terrorism had been killed abroad in “counterterrorism” operations since 2009. In all four instances, drones have been reported as being used. The most widely known case, which initially prompted congressional concern, came in 2011 when U.S. officials targeted and killed American-born Anwar al-Awlaki in a drone strike. Al-Awlaki was known for inciting attacks against the United States, such as the 2009 Fort Hood mass shooting, the thwarted “underwear” bombing of a U.S.-bound plane the same year and the failed Times Square bombing in 2010.

It was last year in a speech at Northwestern University that Holder first laid out the Obama regime’s justification for targeting U.S. citizens abroad  last year. He said that the regime’s definition of a person who posed an “imminent threat” consisted of three criteria:

So when we wake up some morning to the news that someone in the United States had been killed by a drone strike, you’ll know that Pres. Lucifer’s “reasons” for the  assassination.