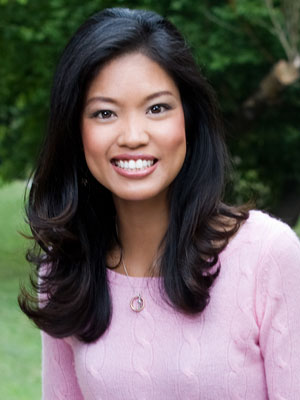 On Wednesday, Sean Hannity welcomed Michelle Malkin to his show and they discussed several things. However, one of them was the issue of the Gang of Eight’s immigration bill. While Hannity said that he had previously had Marco Rubio on to discuss the bill, he said he “didn’t see the border security first.” Malkin then responded with, ”I reject the premise of ‘secure the border first’… It’s secure the border period.”

While not necessarily a fan of Sean Hannity, I did find Malkin’s points pretty good, especially when you consider who is coming across the border. It isn’t just Mexicans, but Islamic jihadists.

Hannity said that he was told by people in Washington prior to his show that the announcement on Thursday would be a “doubling of agents, the building and completion of the fence (700 plus miles), the technology, all of it….the E-Verify, entry/exit, that people who have overstayed they are going to close out those cases within 180 days. All of those things, I’m told, are going to be triggers before there’s any legalization process.”

Malkin simply made a gesture with her hand symbolizing “It’s all talk.”

When asked if that was the case, would it change things for her, Malkin declared, “Of course not. These are empty gestures. These are enforcement kabuki by desperate Democrats and Republicans, who have been willing tools for the open borders lobby.”

“I’ve known it for a quarter of a century that I’ve been reporting on the detrimental of these mass illegal alien amnesties for the country,” she added. “We made the first mistake in 1986 and we’ve made it dozens of times ever since.”

She then declared there was only one result from these amnesties: “More illegal immigration.”

Hannity wanted her to comment on the House stating they want to deal with securing the border first and then deal with the millions of illegals already here.

For those unfamiliar with Article 4, Section 4, here it is:

The United States shall guarantee to every State in this Union a Republican Form of Government, and shall protect each of them against Invasion; and on Application of the Legislature, or of the Executive (when the Legislature cannot be convened) against domestic Violence.

Malkin then concludes with my own thoughts. “Listen to the immigration enforcement agents themselves, who have warned the likes of Rubio or Ryan or all these GOP tools for amnesty that this current administration has done everything in its power to sabotage immigration law. Why would you trust them one iota with a job that they will not do; that they refuse to do?”

Speaking of jihadists crossing the border, Hannity brought that up too. So let’s get it straight, the only people losing something with the current path to “immigration reform” are the American people. Those that will win in this matter are Democrats and illegals. Is that really what’s best for America? I don’t think so. Immigration reform should be quashed and immigration law should be enforced. This is not rocket science and it isn’t complicated.