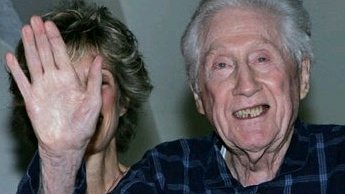 The AP has revealed that the chilling effect of the Obama intimidation tactics is working, as official and non official sources have become reluctant to talk.  The age old tradition of reporters protecting their sources has become moot with today’s technologies and the corruptness of the current administration.

The AP also reports that they are not the only news agency to suffer as a result of the government wiretaps and surveillance:

“Some longtime trusted sources have become nervous and anxious about talking with us,” AP president and chief executive Gary Pruitt said in a speech to the National Press Club.

“In some cases, government employees we once checked in with regularly will no longer speak to us by phone. Others are reluctant to meet in person … This chilling effect on newsgathering is not just limited to AP.

“Journalists from other news organizations have personally told me that it has intimidated both official and nonofficial sources from speaking to them as well.”

In the past, Pruitt has called the information gathering of private information from over one hundred reporters, ”  ”an overbroad and sloppy fishing expedition”.  The administration also failed to follow the rules of notification.  Obama explained this, “Rules?  I don’t need no stinking rules.”  Okay, maybe he didn’t say it but I’ll bet you dollars to donuts that’s what he was thinking.

The really chilling aspect of this case is by intimidating witnesses willing to give confidential information to the press about corruption is the fact that the sole source of all information would be the government, just like Nazi Germany and Soviet Russia had.  In totalitarian regimes, controlling what the masses are allowed to know is vital.  The more corrupt the government is, the more they need to crack down on the public’s right to know.

The Injustice Department told AP that the intercepted communications would not be available for anyone other than the investigation.  So, we have Eric Holder’s word for it.  That’s about as worthless as teats on a boar hog.  Holder is Obama’s corruption go to guy.  Just think New Black Panther’s voter intimidation, Fast and Furious, the IRS, and of course the spying on the media.  Would you buy a used car from this man?