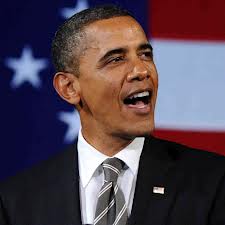 Did you know that in 2012, the State of California “contributed” more than any other state to President Lucifer’s reelection campaign? And most of California’s campaign contributions came from the Los Angeles-Long Beach metro area (think Hollywood), second only to Washington, D.C. and New York City.

Playing an important role in California’s campaign contributions to the POS is a secret, invitation-only group of leftist moneybags who call themselves theDemocracy Alliance, which funneled some $100 million into the 2012 election.

Given the group’s leftwing ideological proclivities — pro-Obama, amnesty for illegals, gun control, climate change, abortion, gay “rights” — it should more appropriately be called the Lucifer Alliance. And that’s how I’ll refer to the group in this essay.

Although the  Lucifer Alliance discloses neither its members nor its beneficiaries, information has leaked out over time. Three of its members are very well known. They are:

1. The old goat, George Soros: billionaire international currency speculator and backer of President Lucifer. On April 9, 2007, Soros held a fund-raiser for Obama where this picture was taken:

3. Peter Lewis, chairman of Progressive Insurance (which is why you should not buy your auto insurance from Progressive!):

In early May of this year, the group held a 5-day semi-annual conference in a luxury ocean-front resort in Laguna Beach, Calif., to which the Los Angeles Times was granted exclusive access.

Matea Gold reports for the L.A. Times, May 4, 2013, that the   Lucifer Alliance is an influential network of some of America’s wealthiest “liberal” political donors. Comprised of roughly 100 members who pay annual dues of $30,000, the Alliance itself does not make donations. Instead it requires its members to contribute at least $200,000 a year to organizations in the Alliance’s portfolio.

The group intentionally has a low profile and  “carries significant sway on the left,” with deep-pocketed members like Soros, Hughes, and Lewis. Rob McKay, a San Francisco-based philanthropist is the Lucifer Alliance’s chairman.

Since its founding by strategist Rob Stein in 2005, the  Lucifer Alliance has contributed some $500 million toward  leftwing candidates and causes, including the “liberal” think tank Center for American Progress; Media Matters for America, which aims to debunk conservative claims; and Catalist, which maintains a voter database used to help campaigns target potential supporters.

At the Laguna Beach conference, the group selected the pro-Obama Organizing for Action (OFA) and immigration reform groups such as the National Immigration Forum as some of its top 2013 funding priorities.

OFA is a nonprofit group formed by the POS’s top political aides that has been pressing for Congress to pass a universal background check for gun buyers, among other issues. The  Lucifer Alliance has brought in about $5 million for OFA in the first quarter of 2013, with a goal to raise a total of $50 million by year’s end.

The Laguna Beach conference drew more than 150 donors and activists for sessions on topics such as the economy, gun control and climate change. Among the activists pitching to the donors was OFA executive director Jon Carson. Speakers at the conference included California Gov. Jerry Brown, California Lt. Gov. and former San Francisco mayor Gavin Newsom, and Robert Reich, Secretary of Labor in the Clinton Administration.

By the end of the conference, members had pledged to distribute $50 million this year to an array of groups on the left, a sum leaders said was particularly impressive in light of last year’s costly election campaign.

Be here tomorrow for Part II of “The Lucifer Alliance,” on the names and identities of 38 less-famous but equally pernicious members of the Alliance.