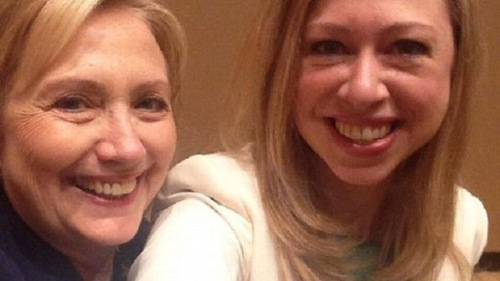 Whatever you may think of the Clintons — Bill, Hillary, and their spawn, Chelsea — we had never thought them to be stupid. But Chelsea sure is casting serious doubts about that.

Dr. Rebecca Oas writes for the Catholic Family and Human Rights Institute (republished by LifeNews, June 20, 2013) that at a recent Women Deliver conference in New York, Chelsea lamented that her great grandmother didn’t have access to the abortion-mill, Planned Parenthood.

Chelsea revealed that her much-admired maternal grandmother was born of an unintended pregnancy — the child of unwed teenage parents who “did not have access to services that are so crucial that Planned Parenthood helps provide.”

Her zeal for abortion must have clogged up Chelsea’s brain synapses. Either that, or Bill and Hillary have been wildly successful at concealing the secret that their spawn is an idiot.

Here’s a thought: The world would be better if Chelsea had her wish!

Planned Parenthood is not a healthcare organization. It is the nation’s largest abortion chain, championed by Obama, which receives $1.3 million taxpayer dollars EVERY DAY of the year to perpetuate its murderous agenda. It is also a seminal source of perverse and dangerous sex promotion, including sadomasochism as harmless fun and X-rated sex curriculum in schools. And it has access to the eyes, ears, minds, and hearts of our children on a daily basis, whether on their smart phones, computers, or in person in their schools.

Go here to read the rest of Dr. Oas’ article on how women who initially had labeled their pregnancies as unwanted, later changed their views.