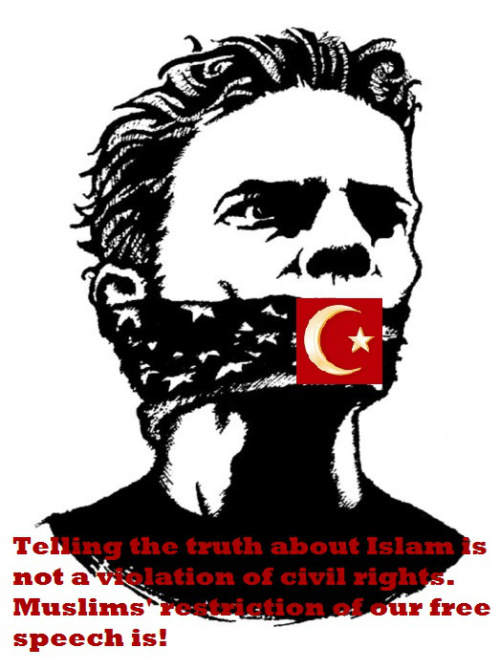 William C. “Bill” Killian is the U.S. Attorney for the Eastern District of Tennessee, the largest federal district in Tennessee with a population of approximately 2.6 million. As such, Killian is part of President Lucifer’s Department of (in)Justice.

Sworn in as U.S. Attorney on October 4, 2010, Killian is responsible for representing the legal interest of the United States and prosecuting federal criminal violations throughout the district’s 41 counties, which extend from Johnson County in northeastern Tennessee to Lincoln County in the middle of the state.

Tad Cronn writes for Godfather Politics, June 2, 2013, that Killian recently made some astounding remarks to the Tullahoma News — that “everybody needs to understand” that making comments that insult Islam on social media like Facebook are in violation of civil rights laws “as they play into freedom of religion and exercising freedom of religion,” all of which is under federal jurisdiction.

As justification, he brought up a Facebook posting by a Tennessee official, Coffee County Commissioner Barry West, which showed a shotgun pointing at the camera with a caption that said, “How to wink at a Muslim.” [West has since apologized.]

Killian said, “If a Muslim had posted ‘How to Wink at a Christian,’ could you imagine what would have happened?”

As a matter of fact, we can.

Nothing would have happened, as always, because Christianity is now the punching bag of the Left. (See “Obama blames Northern Ireland tensions on Catholic schools.”)

The good folks in the Eastern District of Tennessee did not take kindly to Killian’s threats.

On the evening of June 4, 2013, more than 300 of them showed up at the “Public Disclosure in a Diverse Society” event at the Manchester-Coffee County Conference Center in Manchester, TN.

As reported by Ben Benton of TimesFreePress:

U.S. Attorney Bill Killian was greeted with shouts of “traitor,” “serpent,” and calls to “resign” or “go home” Tuesday night at an event aimed at improving relations between local residents and their Muslim neighbors.

Killian and Kenneth Moore, special agent in charge of the FBI’s Knoxville office, were featured speakers before a hostile crowd of well over 300 at the “Public Disclosure in a Diverse Society” event at the Manchester-Coffee County Conference Center.

Despite the noisy crowd, Killian began a dry delivery of information about hate crimes, civil rights and the federal laws that prescribe violations and penalties.

The event was sponsored by the American Muslim Advisory Council of Tennessee, which was formed two years ago when state lawmakers were considering legislation that would ban Sharia, the law followed by devout Muslims. Killian initially pitched the event as an effort at improving understanding and tolerance of Muslims and their religious beliefs.

He told the audience that despite 50 prosecutions and convictions of hate crimes in his district, “far too many people are still repeating the same vicious acts against the Arab-Muslim … “

But he was cut off by shouts from the crowd.

State Sen. Mike Bell, R-Riceville, said he attended the event because “I had concerns when I read Bill Killian’s statement [announcing it].” After the event, Bell said he still was not certain of Killian’s position on free speech.

Outside, about an hour before the planned event, more than 200 protesters braved the 90-degree heat outside the conference center to hold up signs and sing patriotic songs. Some called it a “pre-rally” to gather those opposed to any encroachments on free speech.

[…] One man’s sign read: “In America, you are free to practice your religion, and I am free to insult it.”

Bell Buckle, Tenn., resident John Anderson, the sign’s author, said he wanted to know “why two federal employees are not looking into [Attorney General] Eric Holder” rather than holding the night’s event.

Residents inside at the meeting had similar feelings.

“Let me be clear, in this country, hateful speech is allowed,” Killian said. “It is protected by the freedom of speech part of the first amendment. “But if someone makes threats of violence, that is not protected speech and they will be prosecuted,” he said. “Likewise, if someone commits acts of violence under the guise of religious or other speech, they will be prosecuted for their violent acts.”

Killian said the same behaviors that lead to bullying in schools also lead to hate crimes and other acts of hate and violence.

First Amendment Center president and executive director Gene Policinskisaid […] that the details of the threat and the specificity of its target are significant in determining how federal law applies to comments made in a public forum. The threat “has to be likely, imminent and directed at a specific person,” Policinski said.

He said remarks such as those [“How to wink at a Muslim”] made by [Coffee County Commissioner Barry] West are protected speech. […]

“While [West’s] cartoon might be tasteless and crass and juvenile and even hateful, I think the founders of this nation provided for people to be able to express those views,” Policinski said. “When it comes to a public official, I think the market place idea is protected under the First Amendment, where voters can decide if this is the kind of person whose opinion and whose judgment they trust to hold public office.”

In all instances, the First Amendment “requires government to really demonstrate that it’s a true threat before they can restrict our speech,” he said.