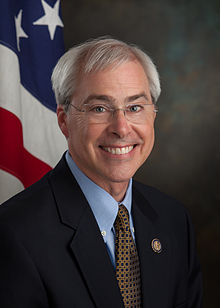 On Thursday Representative John Barrow (D-GA-12th District) blasted Obama’s proposed $100 Million African vacation. He called upon the obvious stating that the money could be put to better use and urged Barack Obama to lead by example.

A trip of this magnitude isn’t unusual, but these are hard times. One hundred million dollars could be better used to keep folks on the job. I urge the president, and everyone at the federal level, to lead by example, and not take the fact that Congress can’t get its act together and rub that in the faces of hard-working Americans.

The Washington Post summarizes some of the reasons for the huge estimated expense of this vacation:

When President Obama goes to sub-Saharan Africa this month, the federal agencies charged with keeping him safe won’t be taking any chances.Hundreds of U.S. Secret Service agents will be dispatched to secure facilities in Senegal, South Africa and Tanzania.

A Navy aircraft carrier or amphibious ship, with a fully staffed medical trauma center, will be stationed offshore in case of an emergency.

Military cargo planes will airlift in 56 support vehicles, including 14 limousines and three trucks loaded with sheets of bullet­proof glass to cover the windows of the hotels where the first family will stay.

Fighter jets will fly in shifts, giving 24-hour coverage over the president’s airspace, so they can intervene quickly if an errant plane gets too close.

The elaborate security provisions — which will cost the government tens of millions of dollars — are outlined in a confidential internal planning document obtained by The Washington Post. While the preparations appear to be in line with similar travels in the past, the document offers an unusual glimpse into the colossal efforts to protect the U.S. commander in chief on trips abroad.

Republican Representative George Holding recently pointed out the hypocrisy of taking a trip that had the equivalent value of 1350 weeks of White House tours. Fox News reported:

“For the cost of this trip to Africa, you could have 1,350 weeks of White House tours,” Rep. George Holding, a North Carolina Republican, said last week. “It is no secret that we need to rein in government spending, and the Obama administration has regularly and repeatedly shown a lack of judgment for when and where to make cuts. … The American people have had enough of the frivolous and careless spending.”

Unfortunately the Obama family really doesn’t seem to care. As we reported last week, First Lady Michelle Obama took a trip to Ireland that was very unnecessary. Steven Ahle also reported that the government is cutting aid to women and children in favor of funding unnecessary programs. This is the reality of this administration and the current leadership of America.

Attempting to rationalize with irrational people is very much the equivalent of this administration trying to negotiate peace with terrorists. I applaud John Barrow for having the courage to call out Obama from the other side of the aisle, but I am not sure it will help.

Nonetheless, when people cross party lines to attempt to do what is right then we need to, at the very least, acknowledge them for trying. Not many politicians have the courage to do that.

My hunch is that Barack Obama, being the petty man that he is, will not get John Barrow a souvenir after these comments.

I bet he doesn’t even get a postcard. 🙂