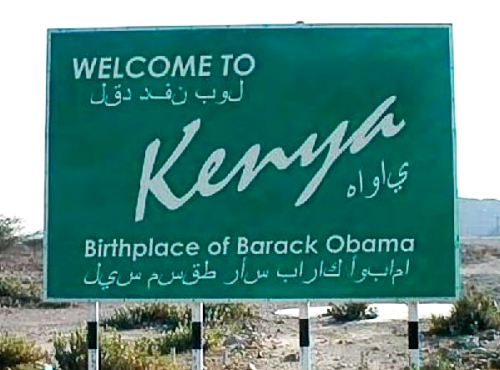 “When you stretch the truth, watch out for the snapback.”  ~Bill Copeland

Last Friday, June 21, 2013, in an article about the POS’s trip to Africa, Rachel Rose Hartman of Yahoo! News called Kenya “the country of his birth”!

Someone at Yahoo! caught the Freudian slip of truth, and the reference to Obama being born in Kenya was deleted from a later version of the article.

Alas for Yahoo!, by then a screenshot of the original article already had been captured — for posterity. LOL

It appears someone at Yahoo! News has opened one too many email messages from Orly Taitz.

On Friday, the website actually published a piece claiming Kenya was Barack Obama’s country of birth: […]

Someone eventually caught the error as there is now a correction:

Correction: An earlier version of this story incorrectly identified the president’s birthplace.

President Barack Obama makes the first extended trip to Africa of his presidency next week—but he won’t be stopping in his ancestral homeland.

H/t Examiner and Dean of The D. C. Clothesline.