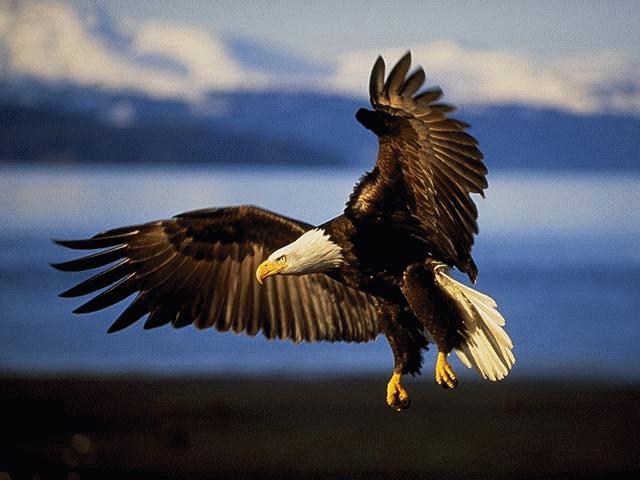 In a civilized, authentically free society, the dangers of the disintegration and corruption of language are sometimes treated as curiosities or they are overlooked completely.  But the dangers are serious, because language must be stable to ensure the rational exchange of ideas.  Communication is a fundamental necessity if free people are to guard against encroachments upon their freedom.  But over the past hundred years, political philosophers and their pragmatic goons, politicians, have often deliberately if gradually subverted the meanings of certain key words and concepts in our language, vital to discourse, and they have done this for the express purpose of changing those concepts in order to fool and distract people into believing what they say.  They do this in order to promote ideas and ultimately to enact laws that will give themselves more power, whether it is the power of the academy or of government, which often work in tandem, and they know that without the corruption of certain words and the concepts behind them, intelligent people will find them unpalatable and will reject them.  Therefore, those who would corrupt these vital concepts do so slyly and gradually, in order to introduce confusion and to encourage needless time-wasting debate.  Thus, the actual changes to society can be made apace without objection.  The most dangerous and damaging of these conceptual changes is the corruption of the terms “freedom” and “liberty.”

Clearly and simply defined, freedom and liberty mean the lack of encumbrance.  In politics, they mean the forbidding and restriction of interference in the course of one’s life.  In a free society, the encumbrance, the entity which can restrict and interfere with one’s life, is always government and all the agents who operate in their interest.  Therefore, we invoke the maxim that a government is best which governs least.  In our country, we have a Constitution and its amendments, called The Bill of Rights, the purpose of which is to protect each and every individual citizen from the intrusion and abrogation of his or her individual rights by government.  In a true, free republic, the government may act ONLY to protect people’s liberty and freedom and to guarantee the unalienable rights of each and every individual citizen ; they are not, as is always implied, the so-called rights of groups or collectives within the body known as the people.  They are ONLY granted to individuals, not to groups, because groups cannot express or experience freedom, because they cannot think, move, act or eat, as a group, but ONLY as individuals within that group.  Moreover, rights are granted to each and every individual citizen, not by government, but by their “creator,” whoever or whatever that may be.  It is important, moreover, to recognize the use of the term “creator” because in fact it does not matter who or what created those citizens and gave them life.  It is only necessary to know and realize that they exist – and unalienable and undeniable concept — and, while who or what made them exist is open to conjecture, the fact of their existence is NOT.

Originally, the term liberal meant, in politics, some person or principle dedicated to the unalienable rights of each individual human being in a society against the tyranny of governmental dictates.  This concept came to be during the Enlightenment, when people desiring freedom wanted liberation from the yoke of tyranny, from whatever form that tyranny had taken, whether it was Royalty, dictatorship or religious organizations whose principles did not recognize the individual rights or free will of members, but dictated each and every “belief” that must be accepted by all the people.  Europeans, imbued with the urgency of liberation from these various forms of tyranny, came to the New World seeking freedom. In some cases, these people came in groups who were all committed to a certain set of principles within a religion or sect, such as the Puritans.  But others came for the purpose of owning their own land, of pursuing their own individual interests and of living in peace and freedom from government encroachment upon their well-being.  But every system of society that recognizes wide ranging freedoms, such as that of speech, gathering together or bearing arms, has built into it certain dangers, not the least of which is that it also permits the freedom of evil-doers to pursue their own interests, as well.  Historically, much of the time, those who would corrupt the system of freedom, did so by using the ignorance of people against them.  After the Civil War, for example, carpet baggers who sought political power presented themselves to citizens, ostensibly with the purpose of doing them good, but who were in fact mostly interested in garnering votes in order to achieve their own personal power and financial gain.

Gradually, over long periods of time and through much social turmoil, during Reconstruction and after subsequent crises of economic or political upheaval, those seeking control over government began to overtake the concept of liberalism. They began applying the concept of freedom and liberty with deliberate inaccuracy, until the definitions of freedom and liberty described the opposite of the original and authentic meanings of those terms.  The real meaning of freedom is the lack of restriction; therefore, there cannot be a “freedom” which gives something to someone.  For example, there cannot be a “freedom from want” guaranteeing to provide goods or services.  To “free” someone from “want” does not mean freedom from restriction.  If anything, want is the normal state of human beings and creates their greatest motivation, the urge to find legitimate ways to survive and to better their lot.  Freedom from prejudice does not exist either, because it restricts the right of people to think or feel however they wish, regardless of the feelings of others and whether those feelings are good or bad.  So long as no one acts on his or her prejudice, by violating another person’s rights, there can be no violation of anyone’s freedom, because freedom exists in unrestricted action.

What is really intended by the assertion of these falsely defined “freedoms” is the imposition of restriction and encumbrance on some people in order to provide something for other people.  Thus, these definitions of freedom do not free anyone, but, in reality, they abrogate freedom of those from whom they take.  Nor are the recipients of what is taken free either.  Government does not produce wealth.  It can only have wealth if it seizes wealth from someone, i.e. from its citizens.  It is naïve to think that recipients of the wealth of others are free to do whatever they like, because their wealth is also to be taken for yet those others requiring some kind of “freedom” which has been defined by government expressly for the purpose of taking that wealth.  Wealth that has been taken is never simply redistributed, as is falsely claimed by governments and their agents.  A large part of that wealth seized is stolen by those possessing political power, e.g., members of an administration and those who serve in government.  The beneficiaries of stolen wealth can be direct or indirect, depending on what they do to support the government that has seized it.  Beneficiaries of that seized wealth, for example, can be in the press, promoting that government’s power.  Or they can be bureaucrats , lobbyists and others who are favored by people in government.  In such a system, the freedom of individuals who produce and create wealth is encumbered by taxation.  But, the freedom of those who serve the government and receive bits of the stolen wealth are also encumbered by being unable to express their ideas without submitting them to the filter of the prevailing ideology.  Their freedom is an illusion.  In this way, redistribution helps only those who produce nothing but effectively sell themselves, their allegiance and their votes.

The Socialists, among whom are those who preach so-called social justice by way of redistributed wealth,  have adopted and adapted the use of these terms “freedom” and “liberty” to say that society in general should be free of the restriction of the needs, desires, wants, hopes, and efforts of individuals, where the needs, desires, wants, hopes, etc. of  society at large should predominate.  And, of course, the government would be the arbiter in such cases, deciding who should get what and be treated in what way.  This is the exact opposite of the purpose freedom and of a constitution which guarantees freedom in an authentically free society.

In relation to all of this, the definition of government itself is often purposely skewed, in order to keep people from rebelling against it.  This is to say that the people are the government.  It is true that in a free society, the people at large are supposed to be able to control government.  We are often reminded that we have the vote, which is supposed to encapsulate the people’s power, enabling the people to choose representatives who will make decisions about the scope and power of “our” government.  But it is foolish to believe that “we the people” are governing ourselves directly.  We are actually governed by those other people in whom we have invested the power to use government to control and govern us.

Presumably, we are protected from the encroachments of government, i.e., from those other people are governing us, by laws which are supposed to be derived from the constitution and guarantee our liberty.  But the power to make laws to protect us is also the power to make laws that subvert and erode our freedom.  And those lawmakers rarely speak out in their own names, but invoke the term “government” equating political power with an art. George Washington, our first and, arguably, our most capable leader, said that “…government is not reason or eloquence.  It is force, and, like fire, it is a dangerous servant and a cruel master.”  He was right.  In a free society, the people need as little government as it can manage and they need above all to recognize the dangers of government.