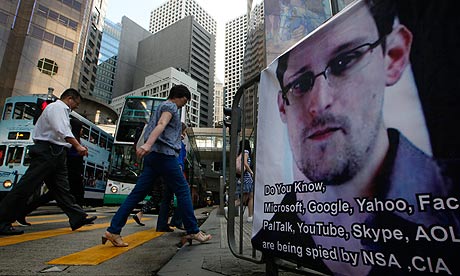 Edward Snowden has allegedly landed in Moscow on a trip that will lead him to Cuba and then Venezuela, three countries that the US doesn’t have extradition treaties with.  This comes on the heels of China denying government requests to turn him over to them.

Wikileaks announced that Snowden was heading for a destination in a democratic country that they did not name.  An Aeroflot employee later told news agencies that he would leave within 24 hours to Cuba as a stopover on his way to Venezuela.

Moscow officials confirmed that the plane had landed but they could not confirm Snowden was on it, although it is known that Snowden had booked the flight.  The South China Morning Post said his destination could be Ecuador or Iceland.  It seems likely that all the different locations could be a diversion for his actual destination.  That destination would likely be a country that does not have an extradition treaty with the US.

US officials are said to be angry about Snowden’s flight from Hong Kong, where we do have an extradition treaty, despite the fact that China controls the city.  Chinese say the extradition order issued by the US was illegal and they let Snowden part unimpeded.

The US has filed espionage charges against Snowden.  Some say he is a hero and some say a scoundrel.  I will wait and let history write the final chapter.