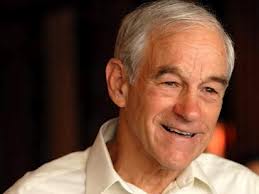 Last week the Taliban opened an office in Doha, Qatar with the US government’s blessing. They raised the Taliban flag at the opening ceremony and referred to Afghanistan as the “Islamic Emirate of Afghanistan”—the name they used when they were in charge before the US attack in 2001.

The US had meant for the Taliban office in Doha to be only a venue for a new round of talks on an end to the war in Afghanistan. The Taliban opening looked very much like a government in exile. The Karzai government was annoyed that the US and the Taliban had scheduled talks without even notifying Kabul. Karzai’s government felt as irrelevant to negotiations on post-war Afghanistan as they soon will be on the ground. It seemed strangely like Paris in 1968, where the US met with North Vietnamese representatives to negotiate a way out of that war, which claimed nearly 60,000 Americans and many times that number of Vietnamese lives.

For years many of us had argued the need to get out of Afghanistan. To end the fighting, the dying, the destruction, the nation-building. To end the foolish fantasy that we were building a Western-style democracy there. We cannot leave, we were told for all those years. If we leave Afghanistan now, the Taliban will come back! Well guess what, after 12 years, trillions of dollars, more than 2,200 Americans killed, and perhaps more than 50,000 dead Afghan civilians and fighters, the Taliban is coming back anyway!

The long US war in Afghanistan never made any sense in the first place. The Taliban did not attack the US on 9/11. The Authorization for the use of force that we passed after the attacks of 9/11 said nothing about a decade-long occupation of Afghanistan. But unfortunately two US presidents have taken it to mean that they could make war anywhere at any time they please. Congress, as usual, did nothing to rein in the president, although several Members tried to repeal the authorization.

Afghanistan brought the Soviet Union to its knees. We learned nothing from it.

We left Iraq after a decade of fighting and the country is in far worse shape than when we attacked in 2003. After trillions of dollars wasted and tens of thousands of lives lost, Iraq is a devastated, desperate, and violent place with a presence of al Qaeda. No one in his right mind speaks of a US victory in Iraq these days. We learned nothing from it.

We are leaving Afghanistan after 12 years with nothing to show for it but trillions of dollars wasted and thousands of lives lost. Afghanistan is a devastated country with a weak, puppet government—and now we negotiate with those very people we fought for those 12 years, who are preparing to return to power! Still we learn nothing.

Instead of learning from these disasters brought about by the interventionists and their failed foreign policy, the president is now telling us that we have to go into Syria!

US Army Col. Harry Summers told a story about a meeting he had with a North Vietnamese colonel named Tu while he visiting Hanoi in 1975. At the meeting, Col. Summers told Tu, “You know, you never defeated us on the battlefield.” Tu paused for a moment, then replied, “That may be so. But it is also irrelevant.”

Sadly, that is the story of our foreign policy. We have attacked at least five countries since 9/11. We have launched drones against many more. We have deposed several dictators and destroyed several foreign armies. But, looking around at what has been achieved, it is clear: it is all irrelevant.

Be sure to visit the home of Ron Paul’s weekly Texas Straight Talk Column and subscribe to receive it by email.