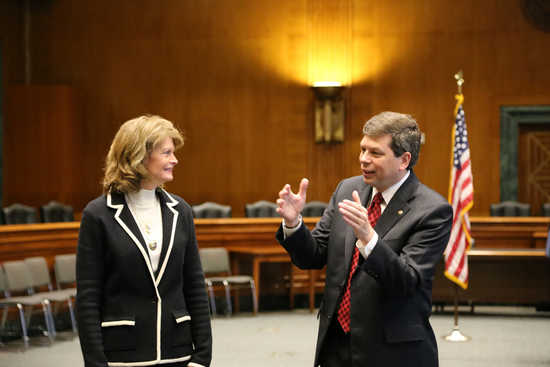 The farce known as the Hoeven-Corker amendment, contains a lot of language not found in the original bill.  That includes guarantees that the flow of illegal aliens will not be stemmed, big payouts to Senators to go along (AKA bribes) and who knows what else.  Republicans, who should know better, but don’t, should reconsider their vote.  Remember how new atrocities kept appearing in the ACA (Affordable Care Act) after it was passed without reading it.

Next year many of these senators are up for reelection.  They had better stop and think.  The bill as written guarantees a steady flow of immigrants who will not only take jobs that could be going to the 24 million Americans who are out of work, but will also drive salaries down.

“Notwithstanding paragraph (1), nothing in this subsection shall require the Secretary to install fencing, or infrastructure that directly results from the installation of such fencing, in a particular location along the Southern border, if the Secretary determines that the use or placement of such resources is not the most appropriate means to achieve and maintain effective control over the Southern border at such location.”

In layman’s language nothing will be done to tighten border security if Napolitano decides it’s unnecessary.  Considering what her policies have been up to now, that prompted the border control agent’s union to sue her for preventing them from doing their jobs, you don’t need to speculate what her decision would be.

Then there are the payoffs.  Bernie Sanders of Vermont objected to the bill because young people who cannot find work now will have a tougher time finding work with 11.5 million illegals eligible to compete for them.  Bang.  A line is added that provides 1.5 billion dollars over the next two years to train young people for jobs that don’t exist.  I’m all for preparing our youth for employment but without jobs, it becomes a moot point.

People were wondering why Lisa Murkowski of Alaska had changed her mind and decided to vote yes.  Wonder no more.  A program is listed within the immigration bill that bought her vote and that of Mark Begich.  It makes it easier for fish canneries to bring in low paid foreigners to work in their plants.  The program is specific to Alaska only.

And the bill allows even more immigrants to come in for low skilled jobs that many of our young people could do like dish washing, janitorial and other such jobs.  Given the choice many employers would rather have a mature adult working for them than an 18-year-old, fresh out of high school kid.

We have no idea what other provisions in the bill will pay off senators for their vote or make it easier for immigrants to come here.  We need to replace these senators sooner rather than later.