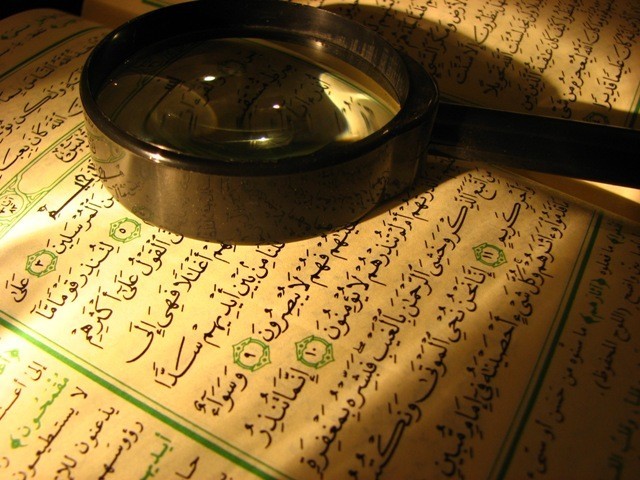 Take not the unbelievers for friends.. If any do that, in nothing will there be help from Allah.

In my new book, Lessons from Fallen Civilizations – Can a Bankrupt America Survive the Current Islamic Threat, the reader learns that due to numerous Quranic verses and the example of the Prophet, Islamic jurisprudence embraces a doctrine of deception called taqiyya.  Sami Mukaram, author of some twenty-five books on Islam, writes, “Taqiyya is of fundamental importance in Islam. We can go so far as to say that its practice is main-stream and is very prevalent in Islamic politics, especially in the modern era. Based on the prophet’s glorious deception and ultimate conquest of Mecca, Allah commands the modern Muslim to negotiate a peace with the infidel until he is strong enough to conquer him.”

Islam is the only major religion with a developed doctrine of deception.  In short, the doctrine holds that it is good and glorious to lie to the kafir (the infidel) if in the cause of advancing Islam and of conquering the infidel.  This of course, begs the question—if this is mainstream Islamic thought, how do we kafirs enter into treaties or contracts with Muslims?  Or perhaps better put—why would we?

Obama came into office thinking that with his Afro/Muslim name and background, he could convince the Islamic world to put to rest its treachery and its nearly uninterrupted fourteen centuries of antipathy and aggression toward the West.  In chronicling the fall of five civilizations, I developed 10 immutable laws that govern the fall of great civilizations.  My Immutable # 3 reads: Or as Donald Rumsfeld put it so pithily, ‘Weakness is provocative.”

In looking around the world today, five years after our President made his first conciliatory overtures to Muslims everywhere, it is safe to say his message of appeasement and retreat has been taken as weakness and it has crashed and burned. The message in response, coming from a great portion of the Islamic world is—we will deceive you until we are strong enough to defeat you.

Toward the end of the rebellion in Libya, our president, without even attempting to secure the approval of Congress, gave his half-hearted military support to the rebels who were heavily infiltrated by al-Qaeda. Shortly thereafter, they hunted down Gaddafi and butchered him.

Unfortunately for his legacy, Obama neglected to ensure that the Libyan weapons stores were secured. This was gross malfeasance because, on September 11, 2012, the eleventh anniversary of 9/11, al Qaeda in the Maghreb (AQIM), which had been backed by American air power and logistical support, thanked us by attacking our embassy with rocket propelled grenades (rpg’s), mortars and AK-47s.  They killed four Americans including our ambassador, and burnt the embassy to the ground.  From their point of view, it was a perfect deception/defeat-the-infidel operation. To make matters even worse, to date, the US has not launched an operation to kill or capture those who attacked our embassy.

Even more ominously for America’s position as the lone super power, while Americans fought for their lives in Benghazi, Obama shamefully did not order a rescue operation during the attack.   Leon Panetta, Obama’s Defense Secretary, testified before Congress, “You don’t deploy forces into harm’s way without knowing what’s going on.”  Great American commanders of past wars, Patton, Mac Arthur, Grant, Lee, and Eisenhower would have been aghast.

Kevin Norton, an infantry Army officer in Iraq and Afghanistan describes Obama’s failure in the line of duty that terrible night as, “The sacred bond between the government and those who serve it was broken.”

No Deal in Iraq

As Obama was poised to quit the Iraq war and bring our troops home, he assigned Joe Biden the task of negotiating with Prime Minister Maliki a status of forces agreement which would allow us to retain enough troops in country to keep the Iraqis our ally and hopefully, keep them from going back to killing one another in big numbers. Biden boasted that he would bet his Vice-Presidency that he’d secure an agreement favorable to US interests.  He didn’t.  Maliki told Biden to pound sand, probably because what Obama saw as the right number of US forces stationed in Iraq was nowhere near enough to guarantee his personal safety.

This week in downtown Bagdad, two suicide bombers blew up a Shiite Mosque killing 34 and wounding 57.   After all the blood and treasure expended by America in Iraq, it continues to descend into a failed state, a killing zone, a client of Iran and an enemy of the US.  It is also a major front in what threatens to become a world war between the two main branches of Islam, Shiite and Sunni.  Poor statesmanship and even worse decision making have made Iraq a disaster in the making.

In Afghanistan the Taliban Are Winning and in Our Face

Our government recently announced that the US will meet directly with Taliban representatives to decide the fate of Afghanistan.  On the same day, the Taliban greeted this act of misguided magnanimity with an in-your-face rocket attack on the Bagram Air Base which killed four Americans and wounded six others.  And on the following day, as the US announced its formal transfer of security operations to the Afghan government, the Taliban held a ribbon-cutting ceremony at its new embassy in Qatar which displayed its original flag it flew as rulers, Islamic Emirate of Afghanistan.  This prompted an enraged President Karzai, whose legitimacy the Taliban don’t even accept, to suspend all peace negotiations.  Karzai’s father was gunned down by the Taliban in 1999 as he left a mosque.  He may have already concluded that his days are few.

It is beyond stupidity that the US would stoop so low as to negotiate with the Taliban. This administration now has no leverage with these cut throats.  Obama’s spokespeople have the gall tell us that Taliban will pledge protection for women and minorities and will renounce al Qaeda.  Who is playing whom? These are the people who conspired with al Qaeda in the 9/11 attacks.  They are so evil that they buy and sell their little girls, forcing them into forced marriages with middle-aged men, and cut off their ears and noses if they try to flee.

In the case of Karzai and Maliki, both are probably right to heed the Quran and not to take the kafirs as their friends.