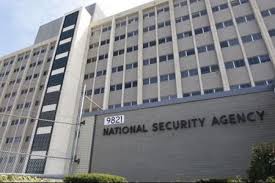 Recent noise about the NSA’s seizure of phone records and the subsequent leaking of this fact by Edward Snowden has been hyped not merely by the liberal media, but by certain people in the government.  Many demand that the the NSA cease and desist in its actions because they constitute a fundamental violation of American citizens’ rights.  Others say that Snowden is either a hero or a traitor.  And these opinions do not depend upon the political stripe of the opiner.  But BOTH arguments, whether Snowden is a hero or a villain, AND whether the NSA should spy on American phone conversations, sidesteps and distracts from the real issue, which is to ask the question What is the Obama Administration going to do with the data it gathers. Whether from the NSA’s snooping, the seizing of other personal data or the muscle being pushed around by the IRS, the likely use of all this data is to ensure the continuation of dominance of the Democratic Party in office.

The NSA is a spy organization, whose purpose is to gather as much information as it can to keep the US safe from foreign enemies.  Its purpose is NOT to gather information in order to keep the Obama administration, and all their fellow leftist Democrats in positions of power. To dismantle a security service by strangling its ability to snoop where it feels it needs to will not stem the tide against Americanism which is promoted by the Liberal Democrats’ machine, powerful and wide spread in both the political and bureaucratic masses of government.  What will stem that tide is for Americans to recognize they are being hoodwinked by the liberal media and by the foghorn distractions coming from Washington.

Whether Edward Snowden is caught and tried for treason is not a non-issue.  It is important.  But to think he is a hero for wounding American effectiveness at security is naïve at best and purely self-destructive at worst.  The real issue regarding Snowden is that he did not make his case by the administration of misusing the data it gathers, but that he sought to shut down the effort at its root, a cause which will only serve to dismantle our ability to ensure our liberty.  It is Obama and not Snowden who is the real traitor and the sooner Americans recognize this, the sooner they will stand up and vote the liberals out of office.