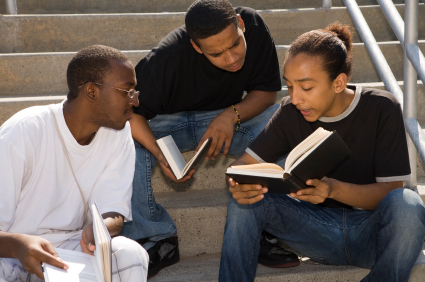 The Oreo president has gone from college to college, promising to raise graduation rates to 60%.  Does he plan to do it through bigotry?  It wouldn’t be the first time blacks were left in the lurch by the democratic party and don’t think for a minute it will be the last.  Obama sees his black skin as a political tool and no more.  Inside he is just an old white guy clinging to power through intimidation and threats.

United Negro College Fund President, Michael Lomax calls it a nasty surprise.  Black parents are seeing their college loan applications for their kids being denied in record numbers.  In fact, it has led to a 36% drop in loans to black parents.  To these parents, wanting to see a brighter future fore their children, this is a disaster.  The same president, who is encouraging people to take out loans to buy houses they can’t afford, is denying black parents the loans because, “…we are afraid people will take on loans they can’t afford.”

Now, maybe I’m an idiot, but it seems to me that a college education is much more important than home ownership, unless of course you are a failed president, trying to make the economy look better than it really is. Seems to me you can get a house with a college education but you can’t get a college education with a house. And perhaps he is planning to raise graduation rates by eliminating blacks who have a higher drop out rate.

And it’s ironic that Obama took the time to bemoan the fact his lapdog Eric Holder could no longer prevent states from demanding ID to vote.  He called it a disaster for blacks.  But in states with voter ID laws, blacks are voting in bigger numbers than ever before.  Not going to college, now that’s a tragedy.

Education Secretary Arne Duncan told talk show host, Roland Martin that the administration has a reconsideration policy.  Cheryl Smith, senior vice president for public policy and government at the United Negro College Fund, responded by saying, “This reconsideration process has been largely ineffective, and if the Education Department continues on this path, we will have another debacle this coming academic year.”

This administration has never concerned itself with the black plight.  In fact, they seem to encourage it.  Poor blacks tend to stay on the plantation and not give the massa any guff.