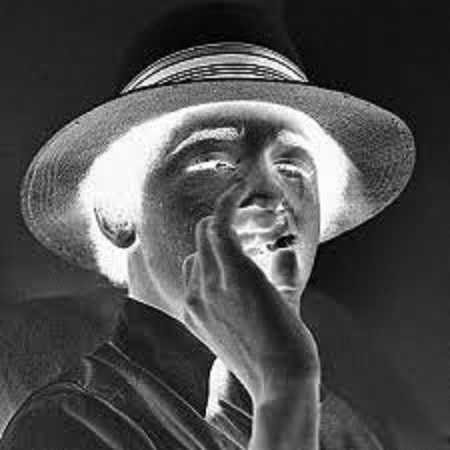 ~Prudence, indeed, will dictate that Governments long established should not be changed for light and transient causes; and accordingly all experience hath shewn, that mankind are more disposed to suffer, while evils are sufferable, than to right themselves by abolishing the forms to which they are accustomed. But when a long train of abuses and usurpations, pursuing invariably the same Object evinces a design to reduce them under absolute Despotism, it is their right, it is their duty, to throw off such Government, and to provide new Guards for their future security.~

Those are powerful words that resonate with most American’s educated in our Nations history & knowledgeable about our Declaration Of Independence. They echo down from a much different time in our country’s age. From an era where the people then were of a much different breed than the overwhelming masses of sordid, licentious, & dumbed down ingrates we suffer from today- that includes these autocratic despot’s in this government that no longer belongs to we the people! Even those of that time then who would be considered ignorant by that era’s standards still possessed a keener & more precise understanding of what so many today choose to be willfully ignorant of. To truly understand where we started from as a nation & to see this pitiful destination we’ve arrived at now, how can you not consider those things we once were without feeling a sense of loss & sorrow?

I look at America as a once proud Lion now being dragged down, shredded & bloody into the dirt by packs of marauding & scavenging Hyenas. These vicious animals operate on base instinct with no real thought other than to their own immediate materialistic self-gratification. Always at the expense of others. Their offenses are innumerable & unrelenting. They take, & take, & take, giving nothing back in return except the squalor of devastated communities substantiated with a warped & inverted reasoning insulated by the insensibility of political correctness to justify the abhorrence’s they perpetrate on our society. In my opinion, any ideology that centers around a primary tenet that promotes itself under such a grievous misnomer as “pro-choice” (dressed up language to masquerade the killing of unborn children for political gains), is a devised premeditated evil that’s the lynch-pin designed to bring about nothing but the ruin of a people in the end. What more than that do they really even need?! But as we see everyday they just pile on more & more in shoving their distinct brand of deviancy & degeneracy down our collective throats.

Yet mine is a moot point as all of these things we’re each familiar with already. I mean we’ve let it come to this point. Through inaction & complacency we’ve allowed this. Our country is in meltdown by design, so if you think we can have any realistic political discourse with the very lunatics bent on destroying everything we’ve known, to try & salvage our country now, then you’re sadly mistaken. Personally I believe this all went too far to be fixed by any political remedy a long time ago. Some folks choose not to believe in God & that’s fine. This isn’t a come to Jesus moment anyway & I’m not Billy Graham, but our country was founded on God’s natural laws & the inherent freedoms & liberties endowed to all men through those laws! As it states specifically in the opening of the Declaration:

~When in the Course of human events, it becomes necessary for one people to dissolve the political bands which have connected them with another, and to assume among the powers of the earth, the separate and equal station to which the “Laws of Nature and of Nature’s God” entitle them, a decent respect to the opinions of mankind requires that they should declare the causes which impel them to the separation.~

I’m the least perfect example of a Christian & if you’ve ever had occasion to read some of my comments in previous Blogs about certain topics, you know what I mean. Yet despite my tendency at times to descend into anger after my reason & common sense simply can’t take anymore insults, that still doesn’t preclude my belief in a Creator. But my own shortcomings not withstanding, you don’t have to be a theologian to discern this measurable decline we’re facing in relation to the further we’ve allowed God to be removed from our society. I just have a sort of Old Testament outlook that’s come to the foreground in my “evolving” view of things over these last few years & of what it’s likely going to take to deal with these lunatic dissidents we’ve become inundated with. Some of you who are better Christian’s than I will naturally hold to the principle of “love thy enemy” ( I have to wonder if we’d have a country called America however if our Founders had adhered to that approach). In some isolated instances that might even be possible, but the reality here is that we’re all of us facing a conscious evil that has a singular purpose & goal in its motivation to see us ultimately destroyed. That kind of goes without saying, so if I’m lacking a bit in the “love” department, I hope you’ll understand.

I haven’t come out of retirement to write this Blog tho’ to discuss the legion of ills that we’ve been purposefully & intentionally beset with from these faux leaders who are the very architects of our abasement & descent along with their complicit henchmen of GOP Rinopublican’s, the liberal media, & a seeming inexhaustible supply of low information/government dependent Useful Idiot zealot’s. Hell, I wouldn’t even know where to start anyway in this tsunami of political debris. My outlook of all of these things has become so stained with anger, the only solutions my mind can conceive to any of it all end in death. Live free or die!

I mean 5 years ago, how many of us would ever have conceived of evangelical Christian’s & Catholics being targeted as “Religious Extremists” in our own country by a sitting President?! Not until this one. As Obama ironically never seems to have a critical opinion of the radical Islamic militants of the Muslim Brotherhood & the al-Qaeda Jihadist’s “posing” as rebel fighters in Syria whom he feels “compelled” to give “billions” of our tax dollars to, along with our F-16 fighter jets, Abrams tanks, & arms. Then there’s all of these scandals too! My God, AND they just keep coming! About the time when you think there just can’t be any room left in Obama’s closet… PLOP! Out falls another scandal. He has effectively turned our own Department of Justice, Department of Homeland Security, the IRS, TSA, & NSA into his own personal Gestapo with which to target his political adversaries & average conservative American citizens opposed to his “fundamental change” of our country, BUT since Obama has the distinction of being our first “black” President (not to mention a total embarrassment on the global political stage), naturally that gives this jack-booted thug a free ride I guess. It’s inconceivable how so much blatant in-our-face criminality & corruption is made permissible simply due to to the color of a man’s skin. It flies in the face of Martin Luther King Jr.’s belief where, as he put it in his own words during his August 28th, 1963 Address in Washington to a crowd of 25 thousand, ~”I have a dream, that my four little children will one day live in a nation where they will not be judged by the color of their skin but by the content of their character!”~

Yet we tolerate the usual suspects of race baiters we have in the likes of Al Sharpton, Jesse Jackson, & most especially Barack Hussein Obama. These shameless buffoons denigrate King’s memory, using it whenever it suits the expediency of their personal & political agendas. Thanks as well to the supporting cast of race baiters in this liberal media too & this constant playing & manipulating of the race-card by the real racists in our country to where being black now apparently absolves many of those housed on the Democrat Plantation from being held accountable for any wrong doing they might commit simply by virtue of their color. So much for content of character, huh? But then we’re constantly witnessing the garish double standards these leftist loons engage in. With their always holding themselves to far lesser & almost non-existent standards when it comes to their own conduct & behavior. The brazenness of their hypocrisy is disturbing to say the least. We’re all thoroughly aware too in how the state-servile liberal media have deliberately ignored & swept all of the black on white crimes that have occurred across our country under the rug. Casey Anthony can walk as free as a bird after murdering her 2 year old daughter, but then we have a “white” Hispanic shoot a black thug & now it’s being rumored if Zimmerman is found innocent in the shooting of Trayvon Martin, gangs will allegedly riot & burn Miami to the ground. Anyone else noticing a bit of a disparity on the concept of justice  here & how to go about obtaining it?

It’s surreal &  bizarre to me how a minority group of people have since become so devoted & loyal to the very political Party whom (around a 150 years ago) practically tore our nation apart to keep this same minority group of people brutally denigrated & in chains. The very same Democrat Party that today has since come to be the unparalleled poster-child of coercive fascism & arbitrary despotism in the 21st Century as they represent nothing but “a long train of abuses and usurpations”! The Party who, under the fraudulent banner & auspices of their token leader, Barack Hussein Obama, have consummately perverted wrong into appearing right, turned up into down, & made insanity the new definition of normal. Aided & abetted in their devious ambitions by a GOP establishment polluted with Rinopublican’s. What better can we expect tho’ when we’ve essentially handed the keys of the Asylum over to the lunatics? These times we find ourselves in should serve as a perfect example to illustrate exactly what George Washington meant when he spoke to the people in his farewell address against political Parties, warning them earnestly of the dangers & crippling effects they posed to government. Sadly that warning went ignored & now look where we’re at with so many today who are too institutionalized with this bastardizing Party system to imagine any form of government without one.

Yet as this profusion of orchestrated chaos builds to a crescendo under the instigating guidance of Obama, his Democrat comrades, & their Rinopublican co-conspirators, millions of outraged American’s sense we’re being herded towards a specific terminus. Whether you ascribe a biblical or secular perspective to what’s happening, either way it wont be a place where any of us want to be. The issue for a lot of people now seems to be how much more is it going to take & what will cause the spark that finally sets a match to the fuse that will detonate this vast assortment of powder-keg’s Obama has arranged for us all to be sitting on? Given everything this enemy insurgent in our White House has already been allowed to commit against the American people, that’s a question awaiting an answer that’s anyone’s guess at this point…