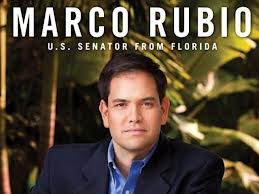 Earlier in the week, we told you how Arizona has had it with Senators John McCain and Jeff Flake over their persistent push of the Senate’s amnesty bill and began petitions to recall them.

Well it looks like the people of Florida have had their fill of Senator Marco Rubio. A petition has been set up to recall the Florida Senator following his vote on Monday concerning the Senate’s amnesty bill.

The petition has already received 800 signatures at the time of this article. However, it should be noted that the petition is to be signed only by Florida residents, though many from other states have not only signed, but expressed their outrage along with their signature.

William May sponsored the petition and stated that “Marco Rubio in his own words previously while serving in the state legislature; during his campaign for office and his recent rhetoric on TV, Talk Radio, commercials, emails and surveys sent to his constituents stating that the border must be secured first then path to citizenship. The senator now has changed his promise to suit what he decides is in his best interest and not honor his own commitment to his campaign, voters and supporters thereby disenfranchising them.”

“Had the Senator expressed his true beliefs on illegal immigration over his term in the state legislature and during his campaign it is doubtful that he would have acquired the nomination to run as the republican candidate for Senator from Florida and most assuredly the election results would be in doubt for his favor,” May added.

May then concludes, “Due to his own words and actions Senator Marco Rubio has nullified the votes cast for him by disenfranchising voters with glib and false rhetoric corrupting the good faith and will of the voters whose recourse now is to recall the Senator and force him to reveal the factual representation of himself and allow the voters to now judge him based on his true beliefs, values not on false and misleading campaign rhetoric statements.”

Indeed Rubio has not held up his oath on the immigration issue. In fact, one can truly wonder if Rubio ever was a conservative. In fact, I previously wrote about Rubio’s endorsement of Karl Rove’s anti-Tea Party PAC and cited my friend Joel McDurmon’s article in which he allowed Rubio to speak for himself in regards to what he is and what he attempts to cause voters to perceive him as. McDurmon wrote:

Rubio still teaches a class at Florida International University, and one recent morning he was telling his students—almost all Hispanic immigrants or children of immigrants—how politics really works. His topic was the Florida House of Representatives, and he didn’t need notes to explain why the legislative body he once led is so partisan and polarized. “If you know the only way to lose your seat is to get out-conservatived in a primary, you’ll never let anyone get to your right,” Rubio said. He’s clearly a political animal. “I’m not telling you this is how it should be,” he said with a grin. “But it’s how it is. This isn’t a good-government class. This is a politics class.“

Rubio’s detractors, and even some admirers, suggest that his career so far has been less about good government than politics and self-promotion. His autobiography recounts virtually no substantive achievements beyond a hometown tree-planting project. In the class, he devoted much of his time to recounting the machinations that persuaded his colleagues to elect him speaker: “You raise money for them. You befriend them. You make sure your kids are friends with their kids. And then you cut the best deal you can.” He didn’t mention that the deal he reportedly cut to secure North Florida support for his candidacy revised funding formulas at the expense of his South Florida constituents. . . .

Rubio’s numbers have dropped since February. According to Rasmussen, in poll dated June 24, 2013, 58% of Republican voters view him favorably. That’s down 15 points since February. Sixteen percent said they viewed Rubio as unfavorable and 25% said they were undecided. This came as many see Rubio as a 2016 presidential candidate, even though he is ineligible to be president.

Rubio also voted on Thursday to pass the Senate amnesty bill that he helped to author and promote, though he was incredibly deceptive about what was in it, such as these six things and the $5,000 penalty for hiring American citizens over legalized aliens that Texas Senator Ted Cruz pointed out. Yes, I think Florida would make the correct move in recalling Senator Rubio.