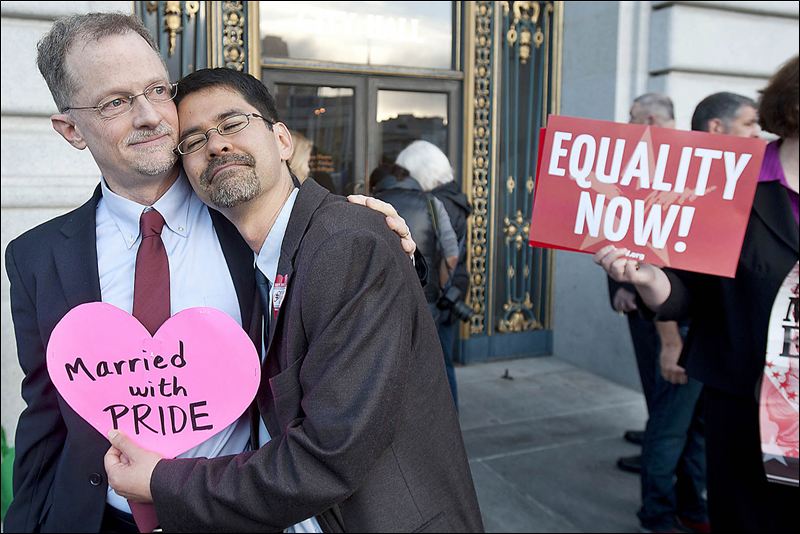 Yesterday, by a narrow 5-4 majority, the Supreme Court of the United States (SCOTUS) ruled against the Defense of Marriage Act (DOMA), the 1996 federal law that defines marriage as strictly that between a man and a woman — not between a man and man, or between a woman and woman.

Today is the morning after.

I’m calmer, having recovered from the shock and bitter disappointment of yesterday, and am better able to scrutinize SCOTUS’s ruling with dispassion.

Briefly, the court’s ruling on United States v. Windsor, Executor of the Estate of Spyer, et al., is more a re-assertion of states’ rights than a ruling against traditional marriage. (You can read the full text of the court’s decision orcertiorari in pdf format here. Hereafter, the ruling will be referred to as “Decision.”)

On pages 2-3 of “Decision,” the court reminds us that “By history and tradition the definition and regulation of marriage has been treated as being within the authority and realm of the separate States,” instead of the purview of Congress.

Whereas “Congress has enacted discrete statutes to regulate the meaning of marriage in order to further federal policy,” SCOTUS finds that the Defense of Marriage Act enacted by Congress, “with a directive applicable to over 1,000 federal statues” is too far a reach. Moreover, DOMA “is also directed to a class of persons that the laws of NewYork, and of 11 other States, have sought to protect.”

For those reasons, the Court finds DOMA to be “unconstitutional as a deprivation of the equal liberty of persons that is protected by the Fifth Amendment.” (“Decision,” p. 2)

In effect, the Supreme Court’s ruling yesterday returns legislating on marriage back to the 50 states.

The infographic below from Bloomberg shows that currently, same-sex marriage is banned in 3o states. 13 states plus D.C. allow same-sex-marriage. They are:

To conclude, allow me to give what is certain to be an unpopular opinion.

Years ago, a student in my political ethics class wrote a paper on same-sex marriage, arguing that he was against it because legalizing homosexual marriage will destroy traditional heterosexual marriage.

My wry response to him was that homosexuals don’t have to attack traditional marriage because heterosexuals — with our high rates of divorce, abortion, out-of-wedlock children, and single-mother fatherless families — are already doing a good job.

If heterosexuals strengthen marriage by honoring our marital vows, treating our spouses with respect and kindness, abstaining from out-of-wedlock reproduction, and refraining from killing our unborn, no amount of same-sex marriages can succeed in destroying the traditional institution of marriage.